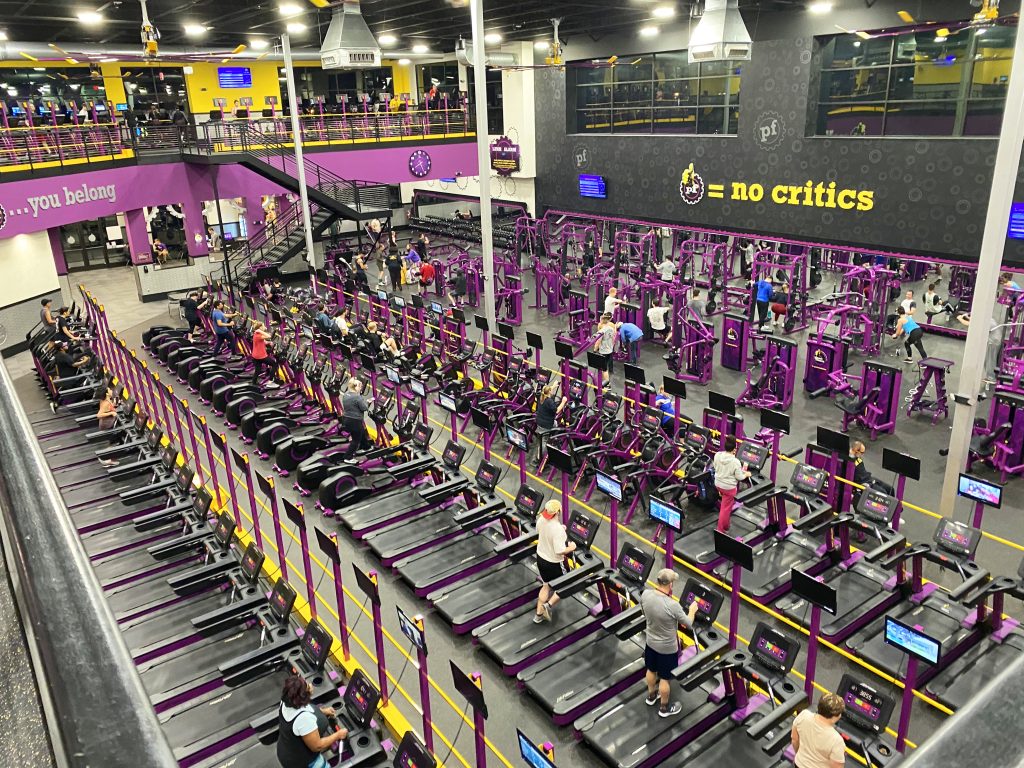 Vetted Biz is the leading platform for accessible and analytical data on franchises and businesses available in the U.S. Our research team has reviewed over 2,900 franchises and knows the key facts and data that signal a successful franchiseBusinesses owned and operated by separate entities or investors through contracts with the parent company... system. Upon extensive review using a number of internet research tools, our team was able to compile a short list of the “Top 20 Most Popular Franchises in the United States.” In the article below, we review the business model proposed by one of these 20 franchises: Planet Fitness, as well as the requirements that encompass its franchise application process.

Planet Fitness got its start in 1992 when its founder, Michael Grondahl, acquired a struggling gym in Dover, New Hampshire. He reduced membership prices to compete against better-known brands while focusing on serving occasional or first-time gym users.  Additionally, Grondahl developed its business model as one that created a community – beyond that of a fitness center – where pizza nights for new members are held monthly, and “Lunk Alarms” are included in the equipment in order to discourage behaviors such as grunting and dropping weights. Franchising then began in 2003 when the first franchise opened in Altamonte Springs, Florida – and by 2015 Planet Fitness was already opening its 1000th club. The concept now has over 2,000 franchises in the United States and has also recently begun expanding internationally, particularly across Central America. Planet Fitness is currently headquartered in West Hampton, New Hampshire and is run by its CEO Chris Rondeau who began his story at Planet Fitness with a front-desk job in 1993 at Planet Fitness’ initial location in Dover.

How Much Does a Planet Fitness Franchise Cost?

The first factor to consider when interested in investing in a Planet Fitness franchise are the financial requirements accompanying this investment opportunity. The total investment amount to establish a Planet Fitness franchise ranges from $1,084,600 to $4,178,000 including the company’s franchise feeThis is a test of $20,000. Once the store has been built and operations begin, franchisees are then expected to pay Planet Fitness’s corporate team a royalty fee of 7% on gross sales, and a marketing fee of 9% on gross sales in exchange for the marketing services provided by the franchisor. Although the franchisor is currently not accepting new franchise applications for US investors, the franchisor is particularly looking for candidates who are willing to run the business on a daily basis and maintain the place open 24 hours. Additionally, they are also looking for applicants willing to invest in a minimum of 3 clubs. That said, the minimum net worth required to own a Planet Fitness franchise is $3,000,000 and the candidate must have liquid assets of at least $1,500,000.

When evaluating a Planet Fitness’s potential for growth, one does not need to go beyond the fitness industry’s numbers to better understand the prospect for success of the opportunity at hand. The fitness industry generated $94 billion in revenues in 2018 and its global growth rate remains at a steady pace of 8.7% globally. Planet Fitness itself was ranked by Forbes in 2016 #4 amongst the best franchises to invest in. Additionally, in 2016 its 5-year growth rate was at 24% and it was ranked #7 in Entrepreneur’s 2019 Franchise 500 list. Looking at the franchise’s internal performance, the average annual EFT revenue for 2018 ranged from $1,145 to $2,449 out of which 51% of franchisees met or exceeded the bottom value, while 39% met or exceeded the highest range. Moving forward, due to Planet Fitness’s rapid growth, development opportunities are limited – although the concept is still looking to expand across new territories, and new countries, in particular.

Investing in a Planet Fitness franchise is an interesting opportunity, especially for individuals looking to make their way into the Fitness industry. The prospects for growth and success within the industry and the Planet Fitness brand itself, are extensive, and a limited amount of markets continue to be available as they move forward with growing their presence across the country. If you are an individual with a passion for fitness and are willing to invest an amount ranging from $1,084,600 to $4,178,000 or more, then Planet Fitness is the right franchise for you!