Top 8 Franchise Billionaires You Should Know

In this article, you will meet eight billionaire families that have had major success with franchising. 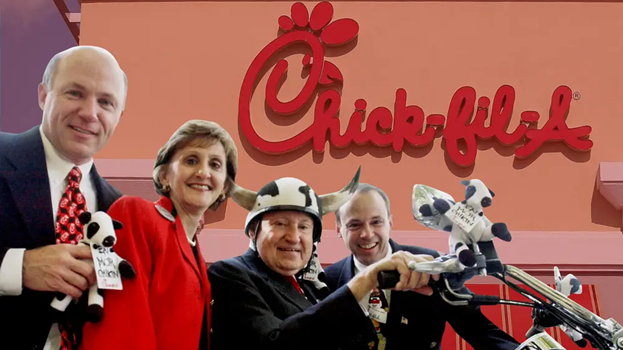 The Chick-fil-A Franchise develops quick-service restaurants throughout the United States. The Chick-Fil-A menu specializes in boneless breast chicken sandwiches. Chick-Fil-A is also famous for its waffle fries and various sauces.

Most of these restaurants are run by franchised operators who are independent contractors. However, the family keeps 50% of the profits on each restaurant.

The chain’s origin can be traced to the Dwarf Grill (now the Dwarf House), a restaurant opened by S. Truett Cathy, the chain’s former chairman and CEO, in 1946. In 1961, after 15 years in the fast food business, Cathy found a pressure-fryer that could cook a chicken sandwich in the same amount of time it took to cook a fast-food hamburger. Following this discovery, he registered the name Chick-fil-A, Inc. Alain Bouchard is a Canadian billionaire businessman. He is co-founder and chairman of Alimentation Couche-Tard, a Canadian multinational convenience store operator. The company has 15,000 stores. Forbes estimates his net worth to be around $5.5 billion.

Bouchard opened his first convenience store in 1980 in Laval.

In 1985, he acquired 11 “Couche-Tard” branded stores in the Quebec City area which he merged with its existing stores in the Montreal area to rename the whole company “Alimentation Couche-Tard”.

In 1994, Couche-Tard, already a significant convenience-store operator in Quebec, acquired the La Maisonnée from Steinberg and Perrette chains, as well as Mac’s stores in Quebec.

In 2003, Circle K was purchased by Alimentation Couche-Tard for $830 million.

Circle K has 9,800+ stores in North America, ~2,700 stores in Europe, and an additional ~2,400 stores operating under franchise/ license agreements worldwide.

In 2021, Couche-Tard dropped its 16.2 billion euro bid to buy French grocery store chain, Carrefour, after the takeover plan had strong opposition from the French government.

This 73 year old billionaire seems to just be getting started! 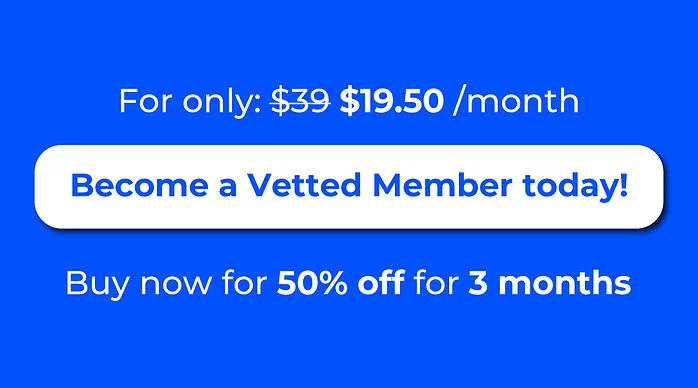 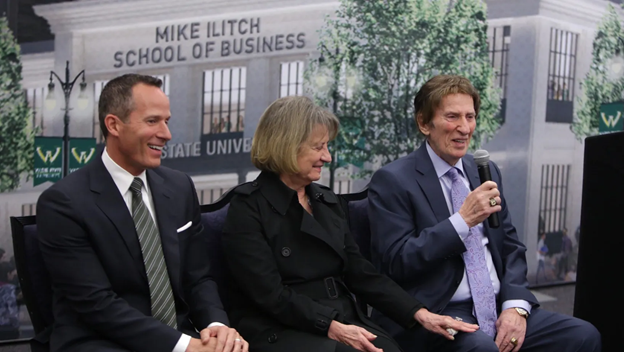 Little Caesars is an American multinational pizza chain. It is the third-largest pizza franchise in the US after Domino’s and Pizza Hut.

Based in Detroit, MI, the pizza chain is held by Ilitch Holdings. It was founded in 1959, by Mike Ilitch and his wife Marian Ilitch. The company is famous for its advertising catchphrase “Pizza! Pizza!”, which was introduced in 1979. The phrase refers to two pizzas being offered for the comparable price of a single pizza from competitors.

Between 2008 and 2015, Little Caesars was the fastest-growing pizza chain in the United States. As of 2017, the company has 5,463 locations including U.S. and international units. While Little Caesar’s is privately held and has not disclosed any financials, we estimate that the Ilitchs’ net worth is around $4.3 billion making them billionaires. 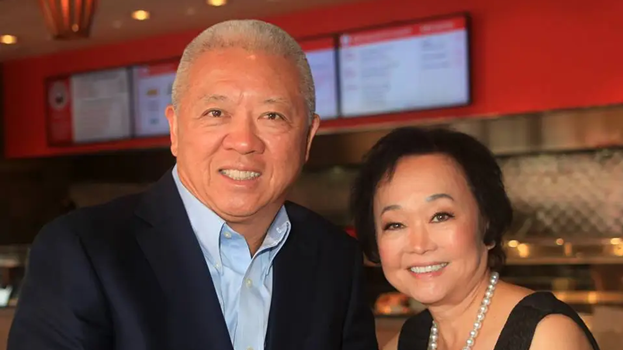 Billionaires Andrew Cherng and family own and operate 2,100+ restaurants. Based on an estimated EBITDA per unit of $250,000 and a multiple of 5X, we estimate the family’s restaurant portfolio is worth $2.9 billion making them billionaires. This doesn’t even include the real estate they might own!

With over 2,300 locations, Panda Express is the largest Asian-segment restaurant chain in the United States. At first, Panda Express restaurants were found solely in food courts in major shopping malls. During the late 1980s and early 1990s, the Cherngs began experimenting with supermarket-based branches. As of 2021, the Panda Restaurant Group had annual sales of over $3 billion and close to 39,000 employees. 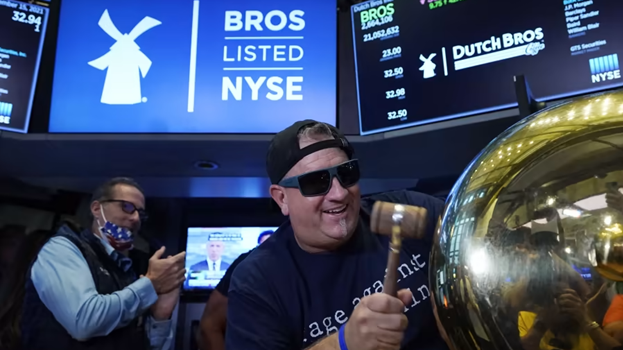 Dutch Bros or Dutch Bros. Codee is an American drive-through coffee chain. It was founded by Dane and Travis Boersma and is headquartered in Grants Pass, OR. It primarily operates in the Western United States. Dutch Bros reported revenues of $238 million in 2019, $327.4 million in 2020, and $228 million over the first 6 months of 2021 before the company formally filed for its IPO in August 2021. The IPO raised $484 million, selling about 21 million shares for $23 per unit.

In 1994, Dane and Travis Boersma struck a deal with a customer, Marty McKenna, which allowed him to open his own Dutch Bros in Medford, about 30 miles away from Grants Pass. By 2009, Dutch Bros was running approximately 135 coffee stands in seven states and generating $50 million in gross annual revenue. Dane passed away in 2009 at just age 55 from Lou Gehrig’s disease. 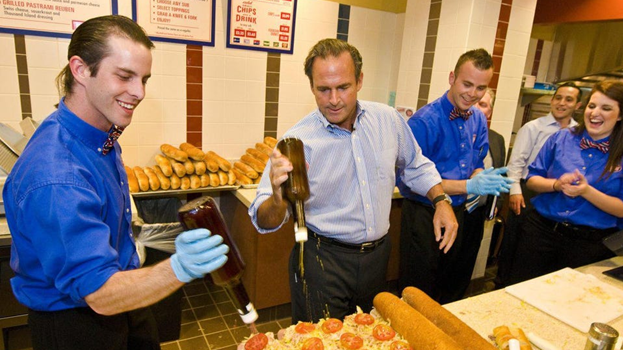 Jersey Mike’s Franchise Restaurant offers a wide assortment of made-to-order submarine-type sandwiches, other hot sandwiches, and related food products and beverages for on-premises and off-premises consumption. Jersey Mike’s operated under the name “Mike’s Submarines” from 1956 to 2002 and then changed its name to Jersey Mike’s.

Today, Peter Cancro is CEO of Jersey Mike’s Franchise Systems Inc., overseeing more than 2,000 locations open and under development. In 1971 at the age of only 17, Peter raised $125,000 to purchase the single-store sandwich shop called Mike’s Subs.

Peter began franchising Jersey Mike’s in 1987. Fast forward 35 years, their AUV (average unit volume) has exploded from less than $300k to over $1.1M! As a barometer, Subway restaurants don’t even clear $500k in AUV.

As of September 2019, according to a S&P Global Report, Peter Cancro owned 100% of Jersey Mike’s Subs (Franchisor). 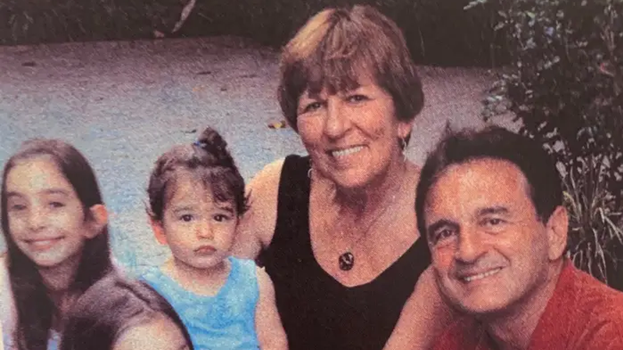 Today, there are approximately 37,000 locations of the Subway Franchise across the globe serving affordable, made-to-order sandwiches. Subway’s EBITDA is $32.8 million which puts the company’s valuation at roughly $852 million. Including projections on other family assets, Vetted Biz predicts the billionaires DeLuca Family’s net worth at $1.1 billion. This is substantially less than the $3 billion that Forbe’s estimated in 2014.

Industry insiders have confirmed that their sandwich empire is up for sale (or atleast was at some point within the past few years).

In 1965, a college freshman named Fred Deluca received an initial investment of $1,000 from Dr. Peter Buck, a nuclear physicist, to open a submarine sandwich shop to help pay his tuition. And what started as a small sandwich restaurant called Pete’s Subway in Bridgeport, Connecticut is currently the world’s largest submarine sandwich chain. It was the fastest-growing franchise in the world in 2015 and, as of June 2021, had 37,540 locations in more than 100 countries and territories. More than half of its locations are in the United States.

That said, not all is rosy for the chain and it has seen better days. In 2017, the chain closed more than 800 of its U.S. locations. In April 2018, the chain announced it would close about 500 more that year. According to Abha Bhattarai of The Washington Post, this was a result of three consecutive years of falling profits and a 25 percent reduction in foot traffic in Subway stores since 2012. The company closed 999 more US Subway locations than it opened in 2019, a further 1,609 net in 2020 (in substantial part due to the COVID-19 pandemic in the United States) and a net loss of 1,043 outlets in 2021. 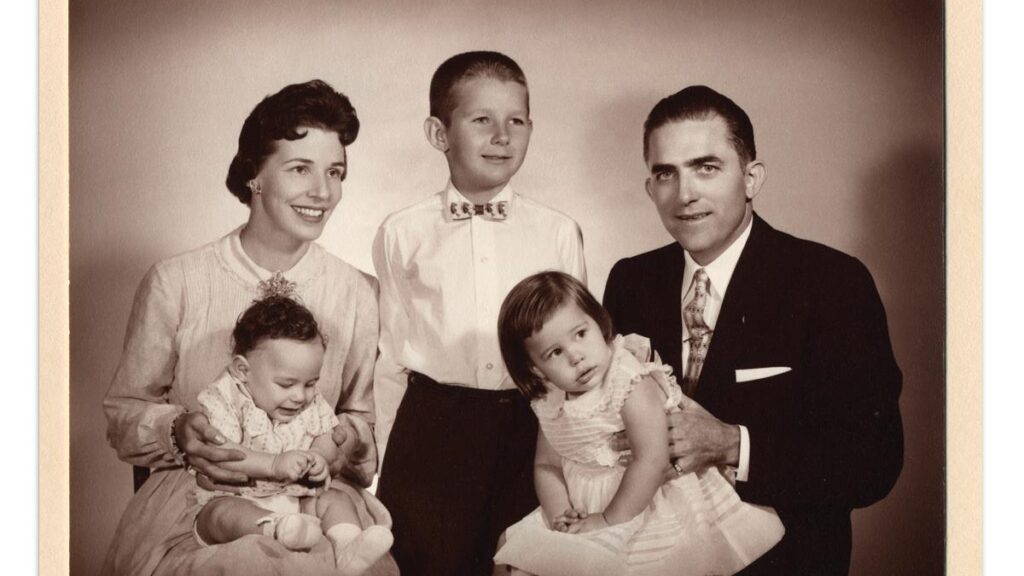 The Dobson family owns Whataburger, a fast food chain with more than 770 locations. The company was founded by Harmon Dobson in 1950.

The Dobson family owns Whataburger, a fast food chain with more than 770 locations. The company was founded by Harmon Dobson in 1950.  Whataburger has experienced significant growth in recent years.

Whataburger’s success can be attributed not only to strong leadership but also a dedication to customer satisfaction and a commitment to quality ingredients. With continued expansion plans and a focus on community involvement, the Dobson family’s Whataburger looks poised for continued success in the future.

With a net profit of 1.5 billions in 2014 they have reached 2.6 billions at this year. Whataburger’s dedication to quality ingredients and customer satisfaction has undoubtedly played a major role in the company’s success, making a family of billionaires.

As they continue expanding into new markets and introducing new menu items, it will be exciting to see what the future holds for the Dobson family and their beloved Whataburger brand.