This article is based on the video featured above, originally recorded for Vetted Biz YouTube Channel.

Little Caesars is an American multinational pizza chain. It is the third-largest chain in the US after Domino’s and Pizza Hut. Little Caesar’s has 4100+ locations across the USA. Internationally, Little Caesars has locations in Asia, the Middle East, Canada, Latin America, and the Caribbean. Based in Detroit, MI, the pizza chain is held by Ilitch Holdings.

The chain was founded in 1959, by Mike Ilitch and his wife Marian Ilitch. Their first location was in a strip mall in Garden City, Michigan, a suburb of Detroit, and named “Little Caesar’s Pizza Treat”. The first franchised location opened in 1962 in Warren, MI. The company is well-known for its catchphrase “Pizza! Pizza!”, introduced in 1979. It alludes to two pizzas at Little Caesars being offered for the comparable price of a single pizza from competitors. Since the old days, Little Caesars’ business model has shifted to focus more on carryout. In 1998, Little Caesars filled what was the largest pizza order of the time, 13,386 pizzas for the VF Corporation of Greensboro, NC.

It is led by David Scrivano in the capacity of President and CEO.

How is Little Caesars Franchise Positioned in the Pizza Industry?

The Food and Beverage industry in the USA accounts for 13% of all manufacturing employment in the country. Around 1.46 million people get employed in this industry. Food franchises make up to 36% of the total franchise establishments in the USA and there’s an expectation that it will create 1.6 million more jobs by 2027. The annual growth rate in the industry is around 2% and the EBITDA multiplier is around 3x.

If a pizza shop is doing in excess of $450,000 annually, the multiples will increase. Social media and reviews are important factors and can affect the value of goodwill of a pizzeria.

A new pizzeria owner needs to have knowledge of the regular restaurant stuff like delivery choices, packing of delivery food to show clean and safe transport, and needs to embrace new technology. The bigger the part of the community the place is, the higher the price received by it—community pizzerias are really well-liked. When purchasing an existing pizza shop, it is important to go through all purchases and expenses of the store. During due diligence, all of these expenses will help to project future results. Pizza experience is important for a prospective pizza shop owner. Experience, along with marketing, are important skills to have in this business. A buyer should expect to work the business. Owners that run pizzerias are more successful than those who run absentee.

Diversifying with some other pasta and sandwich items helps the overall business as it's hard to get regular patrons to eat pizza on a more than weekly cycle. With other offerings, you will increase the regular customer returns.

How Much is a Little Caesars Franchise?

The estimated total investment necessary to begin the operation of a Little Caesars Franchise ranges from $378,700 to $1,695,500. The following costs are part of the upfront costs included in the initial investment for a Little Caesars. Many of these are one-time fees that are needed to launch the franchise. Review the chart below to see how much it costs to buy a Little Caesars franchise in 2022.

This is a slightly bigger investment when compared to Domino’s locations. The average investment in the food and beverage industry is around $466,000 and this is more than double that. However, it can pay off as we explain below. 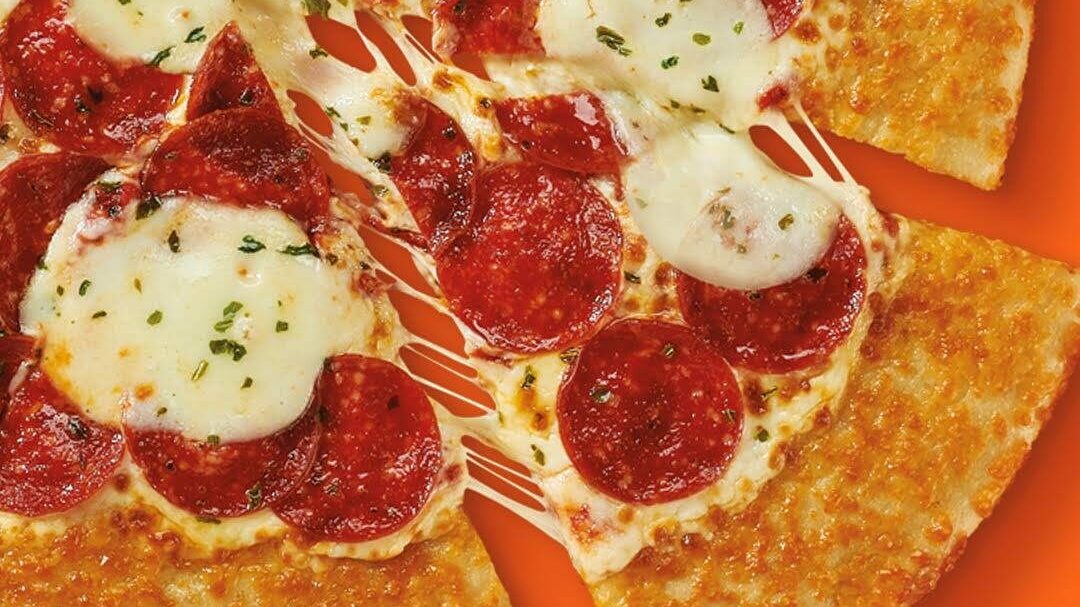 Little Caesar claims that the initial required investment is going to start in the ballpark of $379,000 with a minimum required net worth of $350,000 of which $150,000 should be in liquid assets.

Advertising Fee: Up to 7% of Gross Sales

The royalty and advertising fees are slightly higher than industry standards for the Food and Beverage Industry.

How much do Little Caesars franchise owners make?

Many factors affect the sales, costs, and expenses of your Franchised Store. Such as the Franchised Store’s size, geographic location, menu mix, and competition in the marketplace. The presence of other Pizza stores; the extent of market penetration and brand awareness that Little Caesars stores have attained in your market. Also, the quality of management and service at your Franchised Store are major factors. 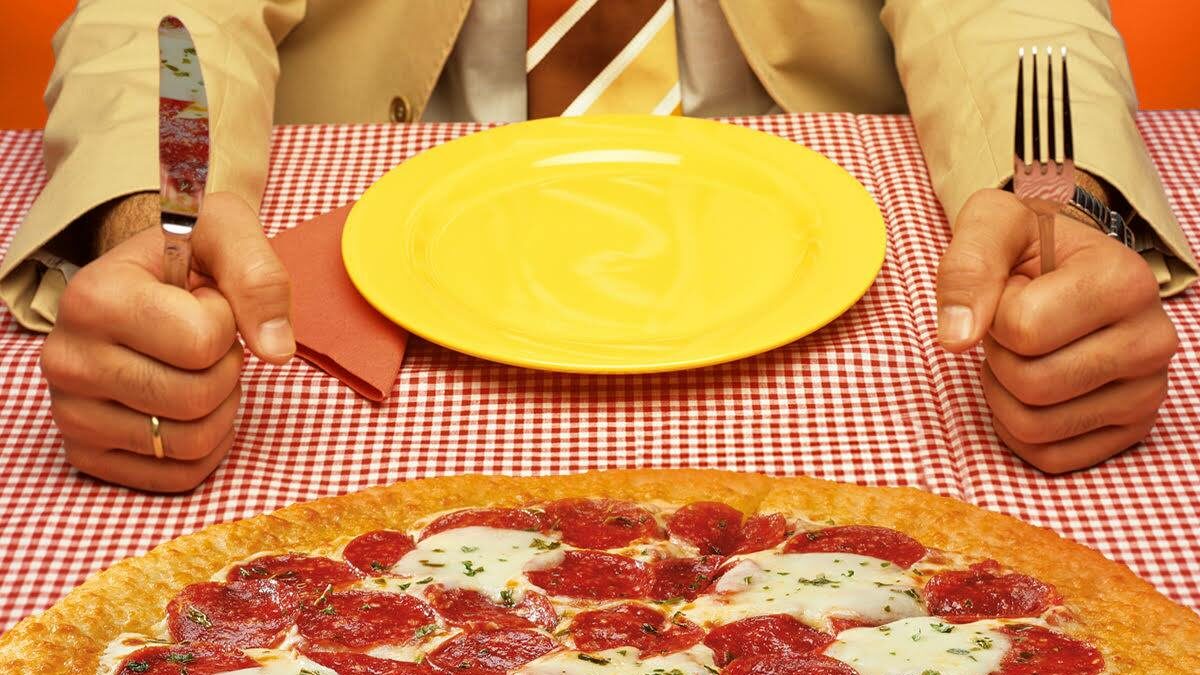 Is the Little Caesars Franchise Profit Worth the Franchise Cost?

To assign a valuation multiple for Little Caesars’ franchises, we leverage estimates from DealStats, a database of acquired private company transactions sourced from U.S. business brokers and SEC filings. We reviewed the larger franchise industry as well as selling price multiples for larger systems where more transaction data is available.

However, as an owner of multiple Little Caesars franchised locations, you do have the ability to minimize loss. Pizzeria owners with over $5 million in sales have a median multiple of 0.86. So, if you had 10 Little Caesars’ franchises, amounting to $9,400,000 in sales, selling your multiunit franchise system would amount to $8,084,000. This is also not going to recover your initial investment of $10,370,000. This might be a big reason for the decline of Little Caesars’ franchised locations – it just isn’t viable anymore. 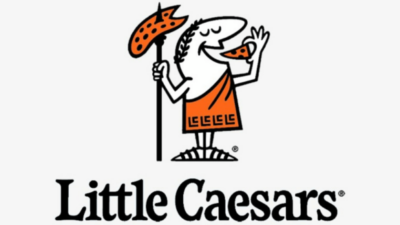 EBITDA multiples for Little Caesars’ franchises are in the range of  2 – 6.5x with 3x being most common. Most deals close for around 94% of their asking price. 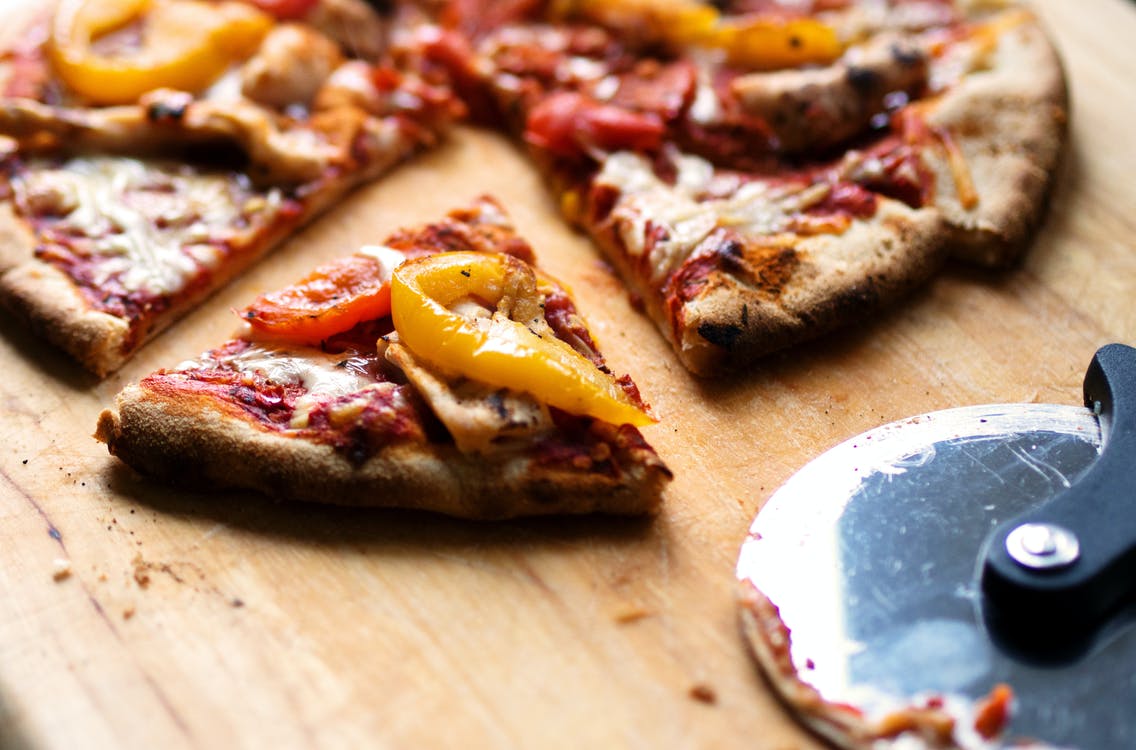 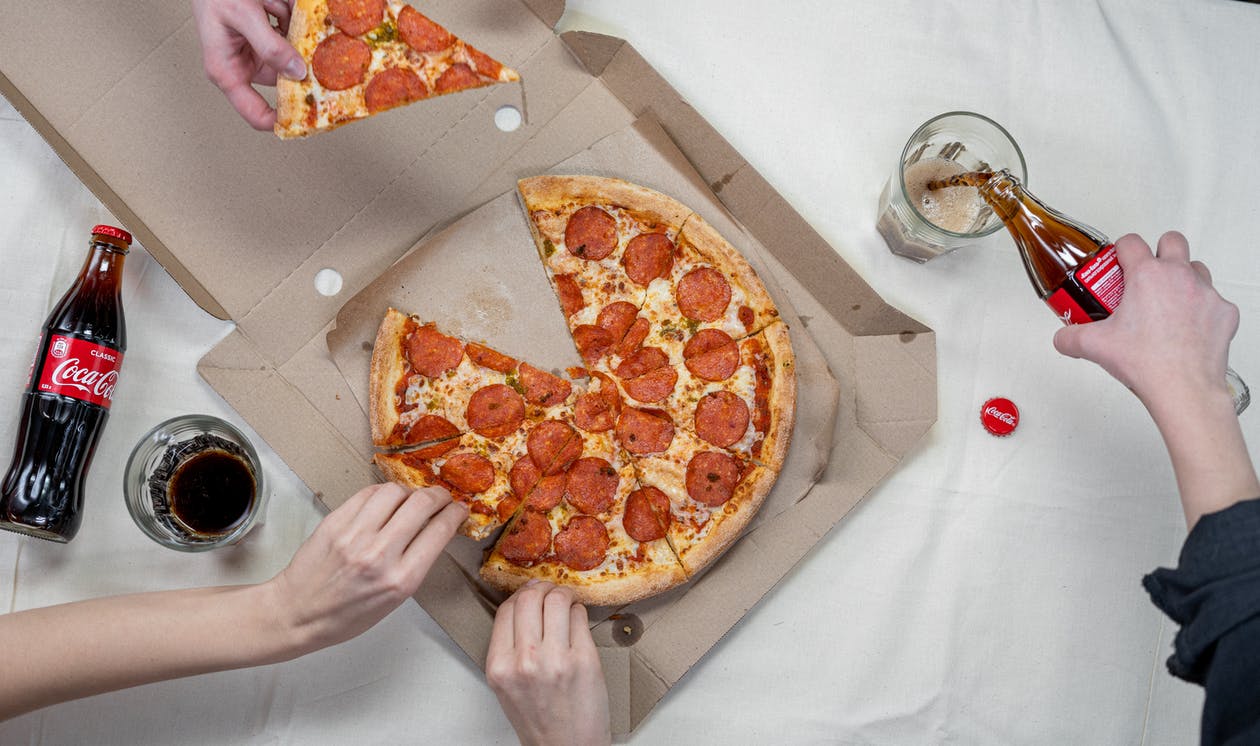 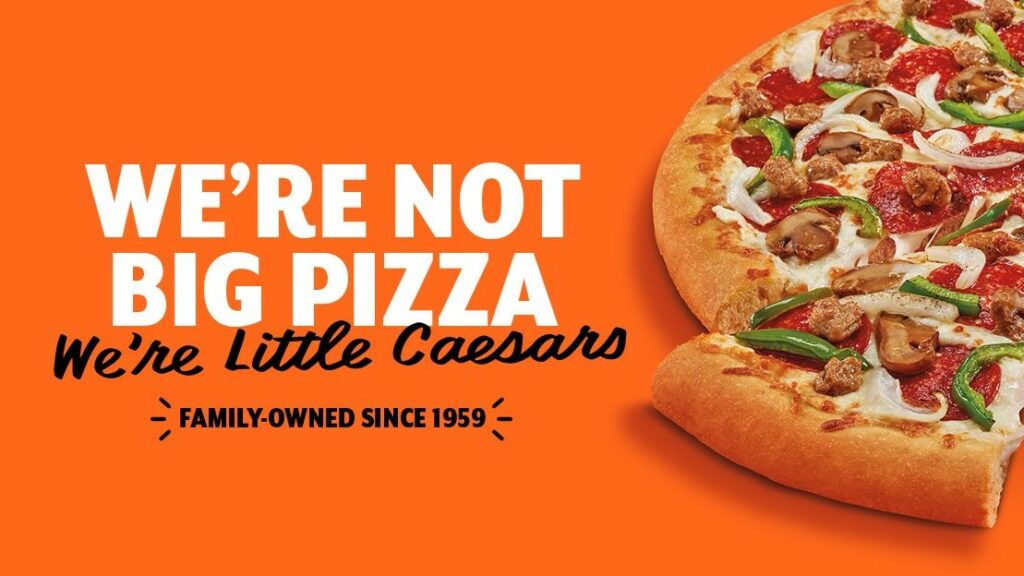 Little Caesars is a very profitable business for the franchisor with retained earnings of $ million in 20. Compared to $ million in 2020, they saw an increase of % from 2020 to 2021. This is a good indication of high growth as a company overall.

How many Little Caesars units have opened and closed?

What are alternatives to a Little Caesars Franchise?

Let’s look at some alternatives to a Little Caesars Franchise available:

The Co-CEO and president is Tony Libardi, who has held these titles since January 2021. Stephen Seyferth is the other CEO who has held this position since December 2019. The Vice President and CFO are Jeffrey Rager from February 2019.

The financials seem positive, and Marco’s Pizza franchise is not a failing business. From the data, your franchise will most likely stay in business, and that’s one of the most important factors in owning a future business.

In 1960, Tom Monaghan and his brother, James, took over the operation of DomiNick’s, an existing location of a small pizza restaurant chain. James quit the business after some time to focus on his postman job and sold his half to his brother. By 1965, Tom had purchased two additional pizzerias for a total of three locations in the same county. Monaghan wanted the stores to share the same branding, but the original owner forbade him from using the DomiNick’s name. Monaghan officially renamed the business Domino’s Pizza, Inc. in 1965 when em employee suggested that would be a nice name for the chain.

Domino’s offers people the opportunity to be a part of a business that has good returns and isn’t likely to die soon. However, Domino’s has a strict requirement of having been with the company in a certain role or higher for a year, which you need to fulfill in order to own a Domino’s franchise.

Be sure to talk to at least 3 to 5 other Domino’s franchise owners to get an idea of the business and what the experience of owning a franchise is like.

The toll of the 2018 controversy has been significant on franchisees, according to one article published in 2019 by Restaurant Business. So, the pizza market is extremely competitive, with the determining factor for consumer loyalty being price. If franchisees are already struggling due to a low volume of sales, offering discounted prices to compete with other names in the industry could be even more damaging.

However, Papa John’s in 2019 instituted new management by naming Robert Lynch CEO and Jim Norberg Chief of Restaurant Operation. Its new management will need a couple of years to see if they can gain customer and franchisee loyalty back.

Investing in a Pizza Hut franchise is an interesting opportunity, especially post COVID-19 pandemic. The entry investment of $367,000 is suitable for individuals looking to make their way into the QSR industry. The prospects for growth and success within the industry and the Pizza Hut brand itself are extensive. Several markets continue to be available as they move forward with growing their presence across the country. If you have extensive management experience and plan to open 5 to 10+ Pizza Huts, it is worth evaluating as a franchise! Opening just one is hard to justify, given the resale value and lengthy payback period.

Little Caesars offers people the opportunity to be a part of a business that has good returns and isn’t likely to die soon. However, the high investment costs are not worth it, and selling your entire franchise network will not recover your initial investment, even with a network of 10 stores.

As such, we do suggest alternatives to the Little Caesars franchise above.

Everything you need to know about the Little Caesars franchise and 3 alternatives to invest in ! 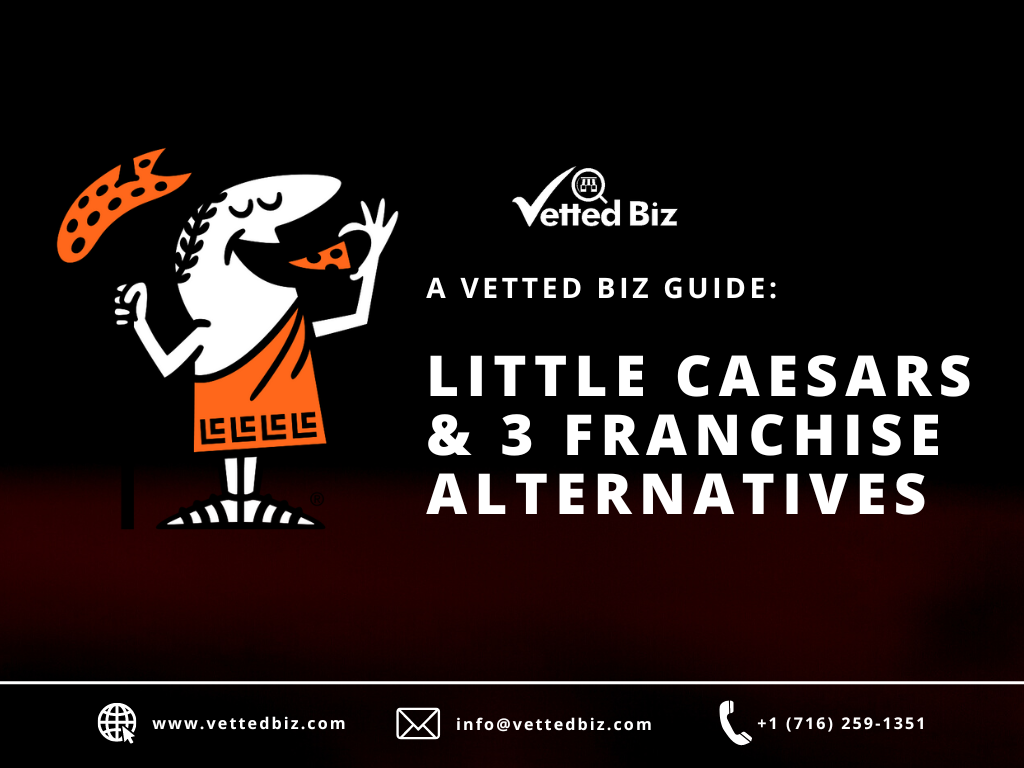