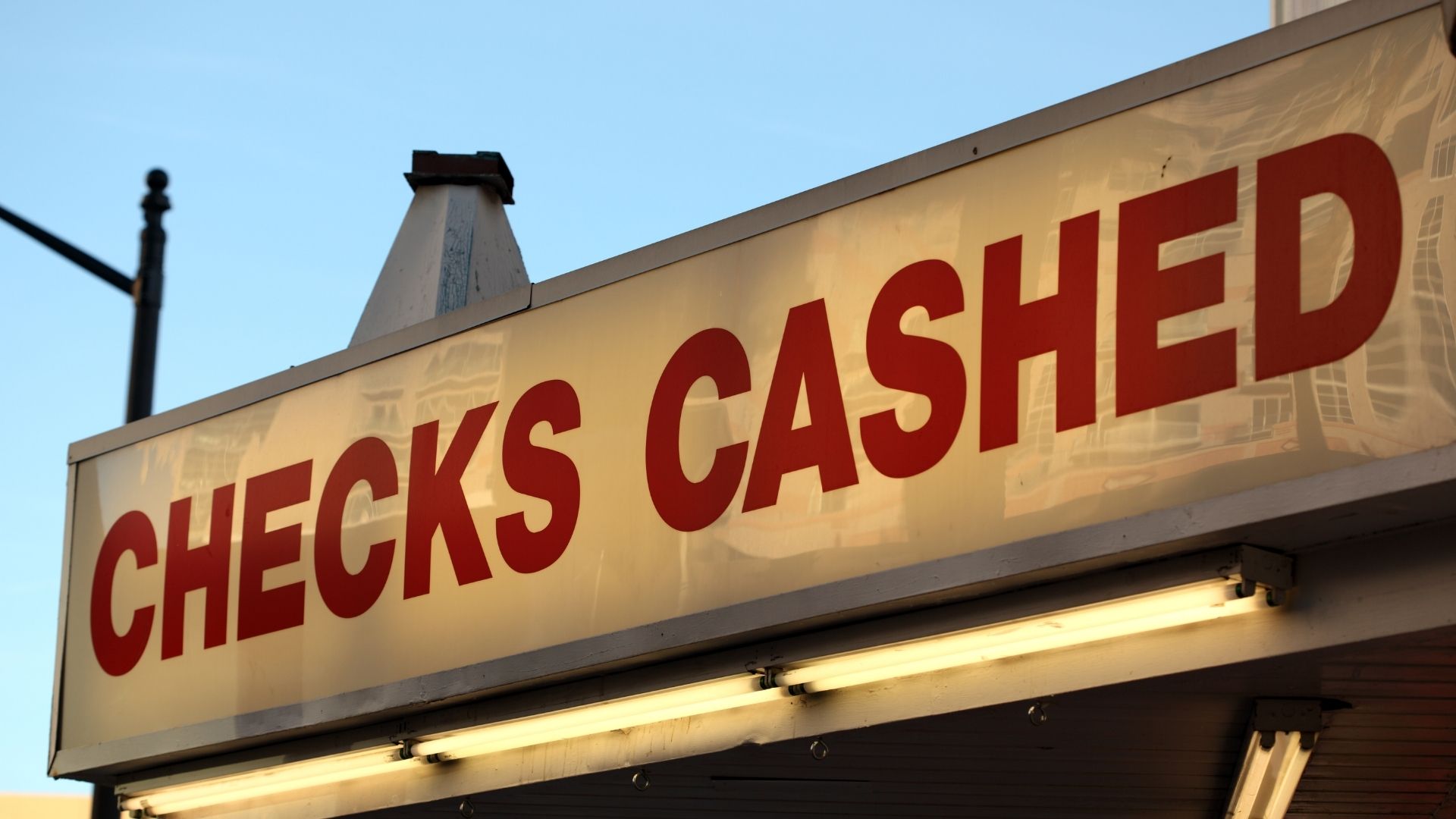 Check Cashing businesses, such as Family Financial Centers, serve the “sub-prime” or “unbanked” consumer, which basically means lower-income households with limited access to credit, renters, minorities, migrant workers, and the divorced. Many of these consumers do not have a bank checking account and rely on small non-secured loans to meet weekly or monthly bills, or emergency situation such as unexpected car repairs or medical bills.

Services such as these are popular because they are more convenient than traditional banks, available to consumers seven days a week and for extended hours

Consumers realize that these services charge high interestA payment from a borrower or deposit-taking financial institution to a lender or depositor of an amount above repayment of the principal sum, at a particular rate. In Vetted Biz, it is typically the additional rate of a loan a business buyer would pay off… rates but they don’t mind.

In the U.S., at least 9 million households are “unbanked”. According to data released by the Fair Isaac Corporation on September 10, 2019, consumers in the “subprime” category (those with credit scores below 650) made up approximately 28% of the United States population.

Many of these consumers cannot maintain sufficient balances to avoid high monthly fees, write too few checks to need a checking account or have too little income to justify a savings account. Additionally, the decline of bank branches in many lower income and inner city neighborhoods has made a banking relationship inconvenient for many consumers.

These are industries in and of themselves, and they fall into the U.S. Census Bureau’s NAICS code 522298.

The industry is impacted by a number of trends. Check cashing fees have been on the rise.  The use of checks as a payment instrument has been on the decline, and checks now account for 26% of all U.S. noncash payments.  Check cashers face increased competition from traditional financial institutions, automated check cashing systems, and the entry of Wal-Mart into the check cashing industry.

The industry is regulated at both the state and federal levels. Thirty-one states and Washington, D.C. require check cashers to be licensed and registered. 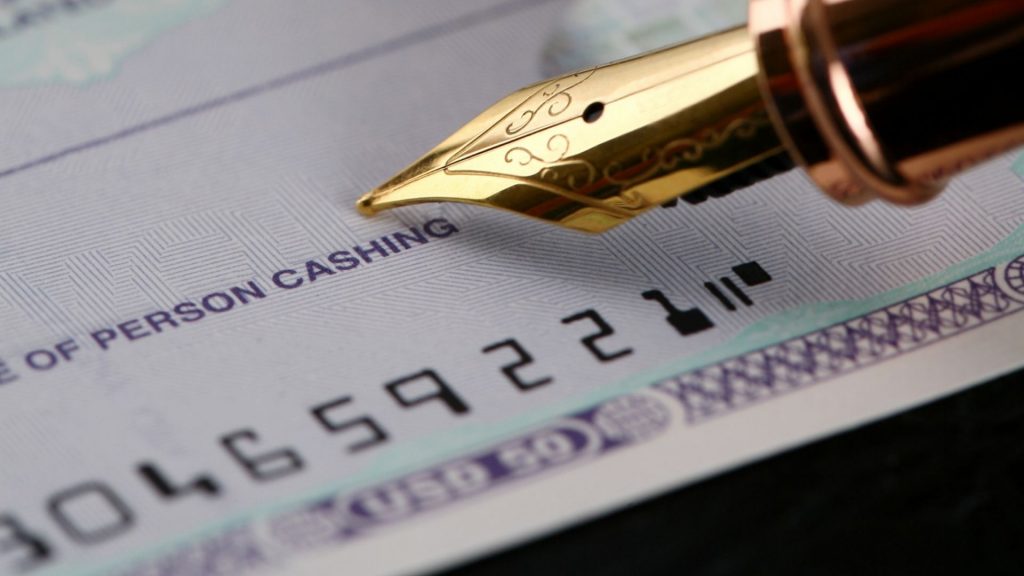 Check cashers typically offer a fairly wide range of services to their customers.

While check checking fees have been rising, the use of checks as a payment instrument has been on the decline.

Walmart is now the largest check casher in the country.

The regulation of check cashing services is at the state level, and it varies from state to state based upon the services that the company offers to its customers.  Thirty-one states and the District of Columbia require check cashers to be licensed and registered, and they may have minimum bonding and capital requirements. 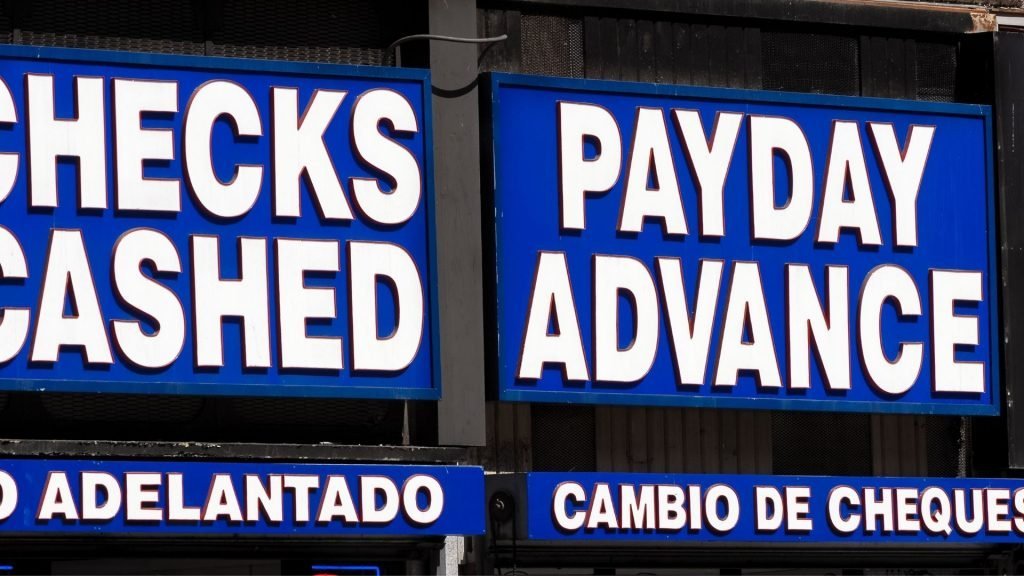 The CFSI has been renamed and is now known as the Financial Health Network. The latest study is from 2019 (Financially Underserved Market Size Study), and estimates that the value of check cashing services fell from $1.8 billion in 2016 to $1.7 billion in 2017 and 2018. The industry’s revenues have declined at a 4.8 CAGR from 2015 to 2019.

Marketdata analysts estimate that the U.S. check cashing industry revenues were flat in 2019, worth $1.7 billion, based on the latest data from the Financial Health Network.

Assuming that the figures from the Financial Health Network are accurate, if industry revenues were $1.7 billion and there were an estimated 11,830 check cashing stores in operation, that would mean that the average revenues per store for the whole industry are only $144,000 per year. This may be true of the smaller stores that are not part of the large chains such as Populus Financial, Check Into Cash and Money Mart. However, Marketdata estimates that the three large chains account for about 2,700 stores – or just under 23% of the total.

No financial information is available from Check Into Cash or Money Mart, since they are private companies. 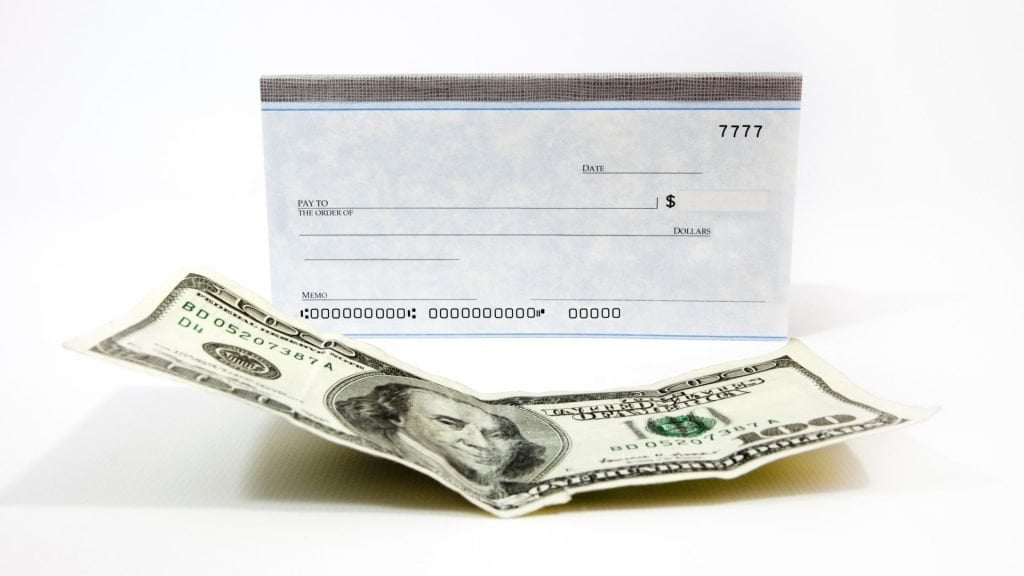 Several things are apparent in the check cashing business:

Marketdata analysts spoke with Ed Dilessio at FISCA. He stated that there is no segment of the business that is growing currently, and that transaction volumes are down as much as 30% in New York and other states. New York had some especially strict measures implemented during the Spring to contain the pandemic, so the decline was probably deeper than other parts of the country. In addition, there was no small loan lending activity to offset the decline in check cashing. However, business has been down significantly elsewhere.

Mr. Dilessio feels that we will see closures and contraction in the industry this year. He points out that the health of this business reflects what’s happening in the overall economy. When more people are employed there is more activity in check cashing, money transfer and all related activities. He could not estimate the average revenues of a typical check cashing outlet, or an estimate of the industry’s size n dollars.

Consequently, all other things being equal, there is not much evidence of any significant growth areas of the business in 2020.

Marketdata analysts forecast that the U.S. check cashing industry revenues declined by 22% last year, to a value of $1.32 billion. 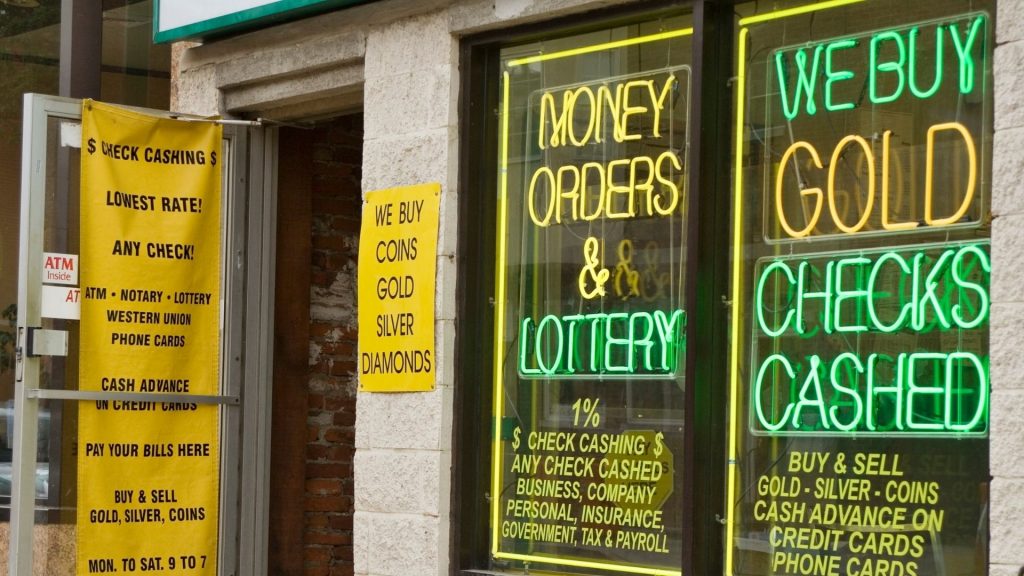 As society’s attitude toward “alternative financial services” such as check cashers and pawn shops changes, these outlets will not be looked at in a negative light. Pawn shops have renovated their stores and now serve more middle class and upscale customers than in the past, and popular TV show such as Pawn Stars have helped boost their reputation.

Rather, check cashing outlets will continue to be important to the still large “unbanked” population that is tired of the restrictions placed upon them by traditional banks. The convenience on 7-day access and extended hours will remain a big competitive advantage.

Distrust of large financial institutions by lower income and minority households looms large. The appeal of the marketing theme: “You’re OK with us.”, used by Florida-based AMSCOT, rings true.

International expansion and growth via acquisition will be used by the larger competitors such as DFC Global and Ace Cash Express, but the bulk of the outlets will still be small local operations and those affiliated with retailers such as grocery stores and Wal-marts.

Marketdata analysts think that in 2021 we will see widespread distribution of a vaccine for Covid-19 and the economy will return to a more normal mode. We think that there will be somewhat of a rebound to make up ground lost this year, for check cashing outlets, as people return to retail storefronts to use their services. We think that revenues will make up about half of the revenues lost this year, growing by 12% next year, to $1.48 billion.

We forecast that revenues will grow very slightly, at a 0.8% average annual pace, since there are no new services on the horizon that could boost revenues for check cashers. Under an assumed Biden administration, regulations could become stricter than currently under the Trump administration.

Consequently, Marketdata analysts think that industry revenues will grow at a 0.8% annual rate, reaching a value of $1.53 billion in 2025. 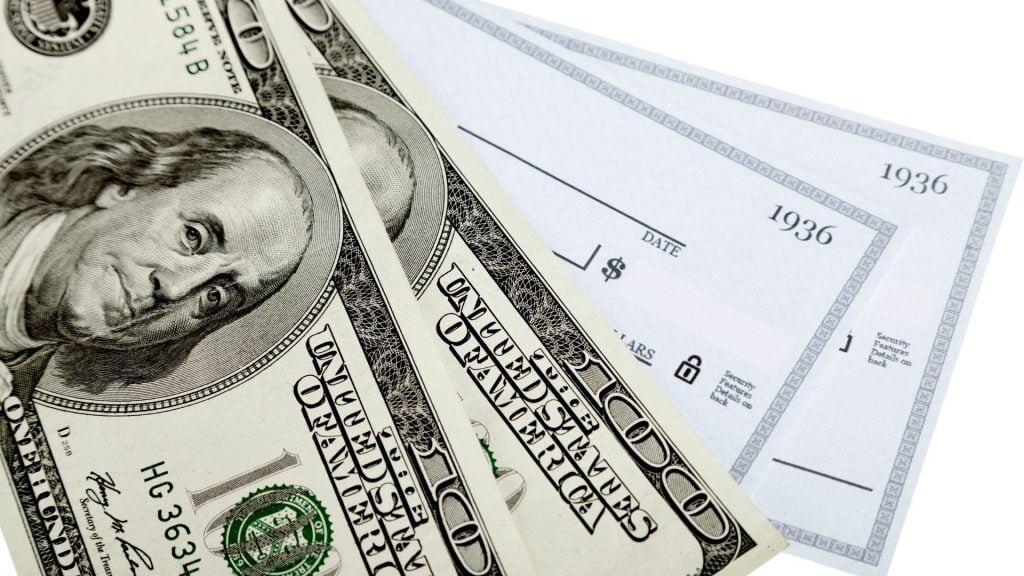 The old money order has now been largely replaced by electronic funds transfer, where funds can be transferred instantaneously nearly anywhere in the world.

The major drivers for the Money Transfer Industry are global migration and the growth of immigrant remittances back to their home countries.

Global migration is on the rise. The United Nations projects that the world’s immigrant population will reach 280 million by 2050.  The World Bank estimates that global remittance inflows were $131.5 billion in 2000 and by 2007 it was estimated that these reached $317.7 billion.

Money Transmission Services are regulated on both the state and federal level.

In the United States, virtually all states, the District of Columbia and Puerto Rico require money transmission services to be licensed in order to conduct business within their jurisdiction.   They are also subject to some form of regulation in each of the countries and territories in which they offer services.

The global money transfer market remains very fragmented, with Western Union, MoneyGram and EuroNet being the three largest U.S. players. Many U.S. and foreign banks have developed money transfer products to compete in this market.  New technologies have created new competitors in the form of prepaid cards and mobile based remittances through cell phone handsets.

The major drivers for the Money Transfer Industry are global migration and the growth of immigrant remittances back to their home countries.

Global migration is on the rise as people seek better economic opportunities abroad.  The United Nations reports that over the last 40 years the global stock of international immigrants has doubled.  Between 2000 and 2012, global migration has increased at a 1.4% average annual rate, rising from 176.7 million to 214.2 million.  The United Nations projects that the world’s immigrant population will reach 280 million by 2050. 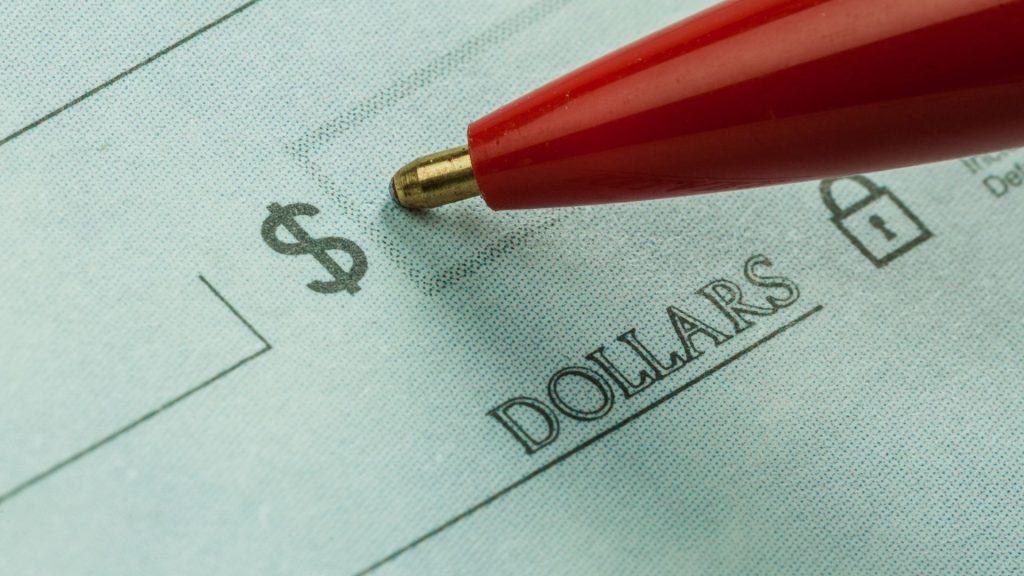 It has long been a tradition among immigrants to send cash remittances to their families in their home countries.  In the past, an individual returned home with a money belt full of cash.  Many of today’s immigrants send their money home via wire transfer.

Global remittances are projected to decline sharply by about 20 percent in 2020 due to the economic crisis induced by the COVID-19 pandemic and shutdown. The projected fall, which would be the sharpest decline in recent history, is largely due to a fall in the wages and employment of migrant workers, who tend to be more vulnerable to loss of employment and wages during an economic crisis in a host country. Remittances to low and middle-income countries (LMICs) are projected to fall by 19.7 percent to $445 billion, representing a loss of a crucial financing lifeline for many vulnerable households.

Money Transmission Services are regulated on both the state and federal level.

In the United States, virtually all states, the District of Columbia and Puerto Rico require money transmission services to be licensed in order to conduct business within their jurisdiction.   Licensing requirements generally include minimum net worthValue of all the non-financial and financial assets of a business buyer. There is usually a minimum net worth requirement to qualify as a franchisee and for bank financing., surety bonds, operational procedures, permissible investments, and the maintenance of minimum reserves to cover outstanding payment obligations.  Most states require reports on a quarterly or more frequent basis to verify compliance.

The complete Marketdata Overview contains information about Pawn Shops, Rent-to-Own Stores and Payday Lending Services, as well as a Reference Directory of industry trade associations, reports and other sources. 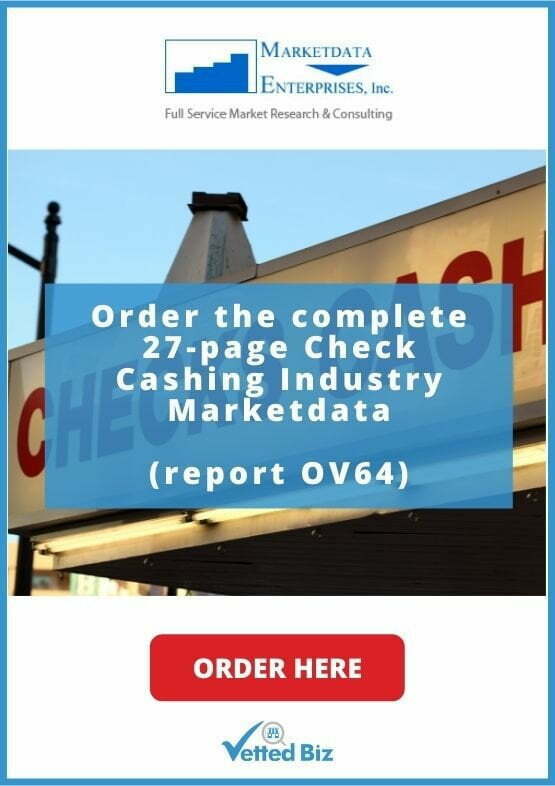 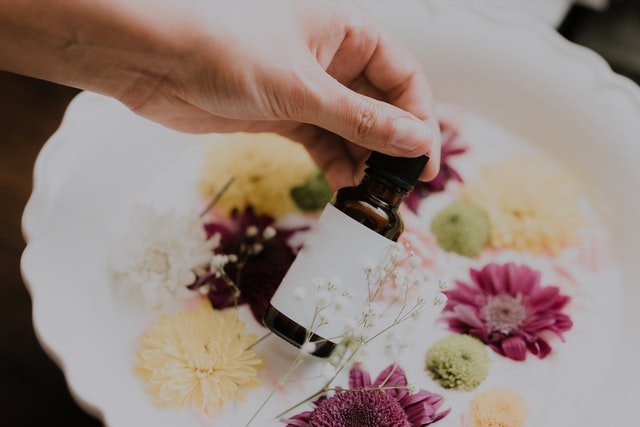 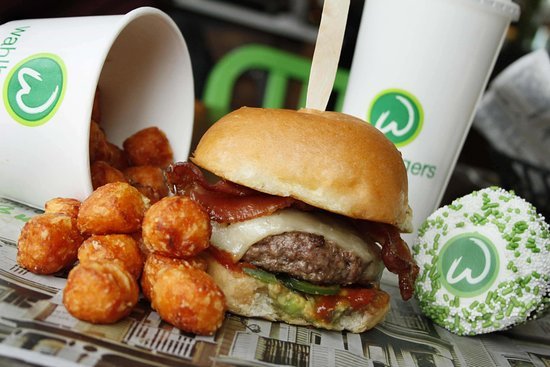 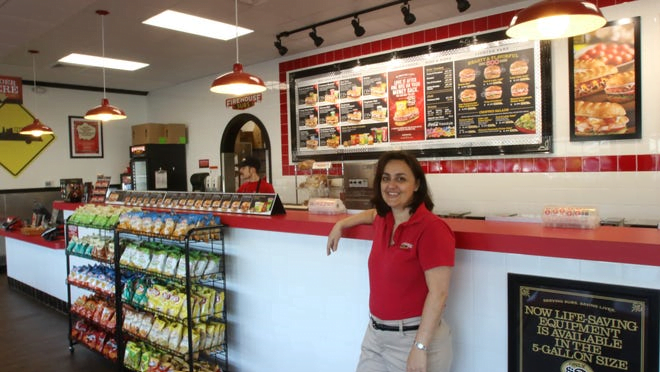 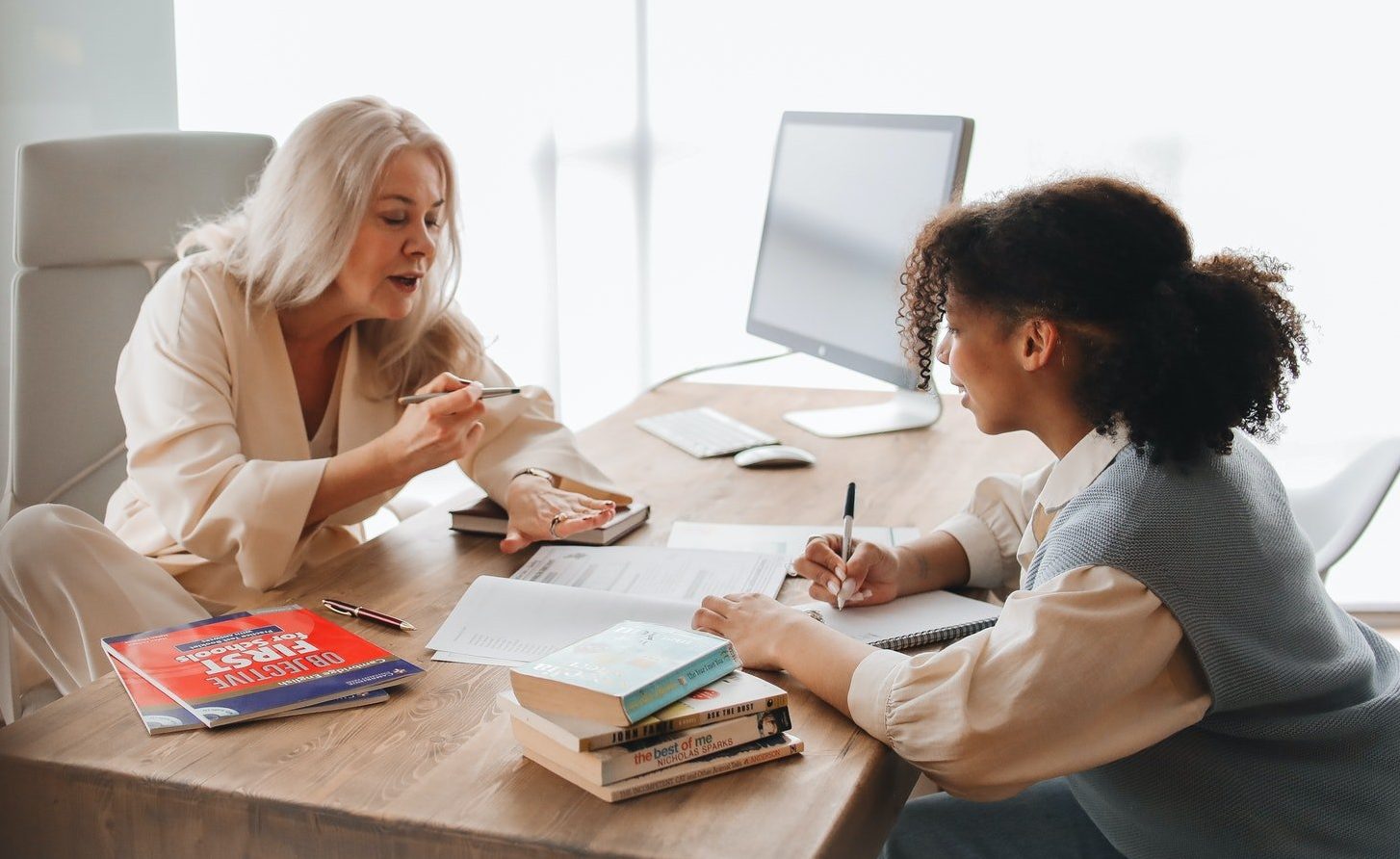