Cyclebar Franchise Cost Worth It For 2023?

Cyclebar franchise is a fitness studio concept that primarily offers cycling classes and other related exercise classes. They are a limited liability company based in Ohio and were formed in the year 2014. They began offering franchises of their business a year later. Some of their affiliates are other famous fitness franchises, such as StretchLab and Club Pilates. Their current president is Trevor Lucas, who used to be the Cyclebar Director of Finance and has experience working as an Associate Manager of Finance and Strategic Development for Taco Bell.

The local advertising payments required of a Cyclebar franchise is a minimum of $1,750 per month. The other marketing fee is a Brand Development payment which is an amount equal to 2% of the studio’s gross sales paid every week.

The royalty fee for a Cyclebar franchise is 7% of gross sales or $1000 per month, whichever is the higher. Cyclebar determines the interval at which they collect the royalty, either weekly or monthly, with advance notice. Other important fees include a renewal fee of $10,000, a relocation fee of $5,000, and a technology fee of $715 per month. 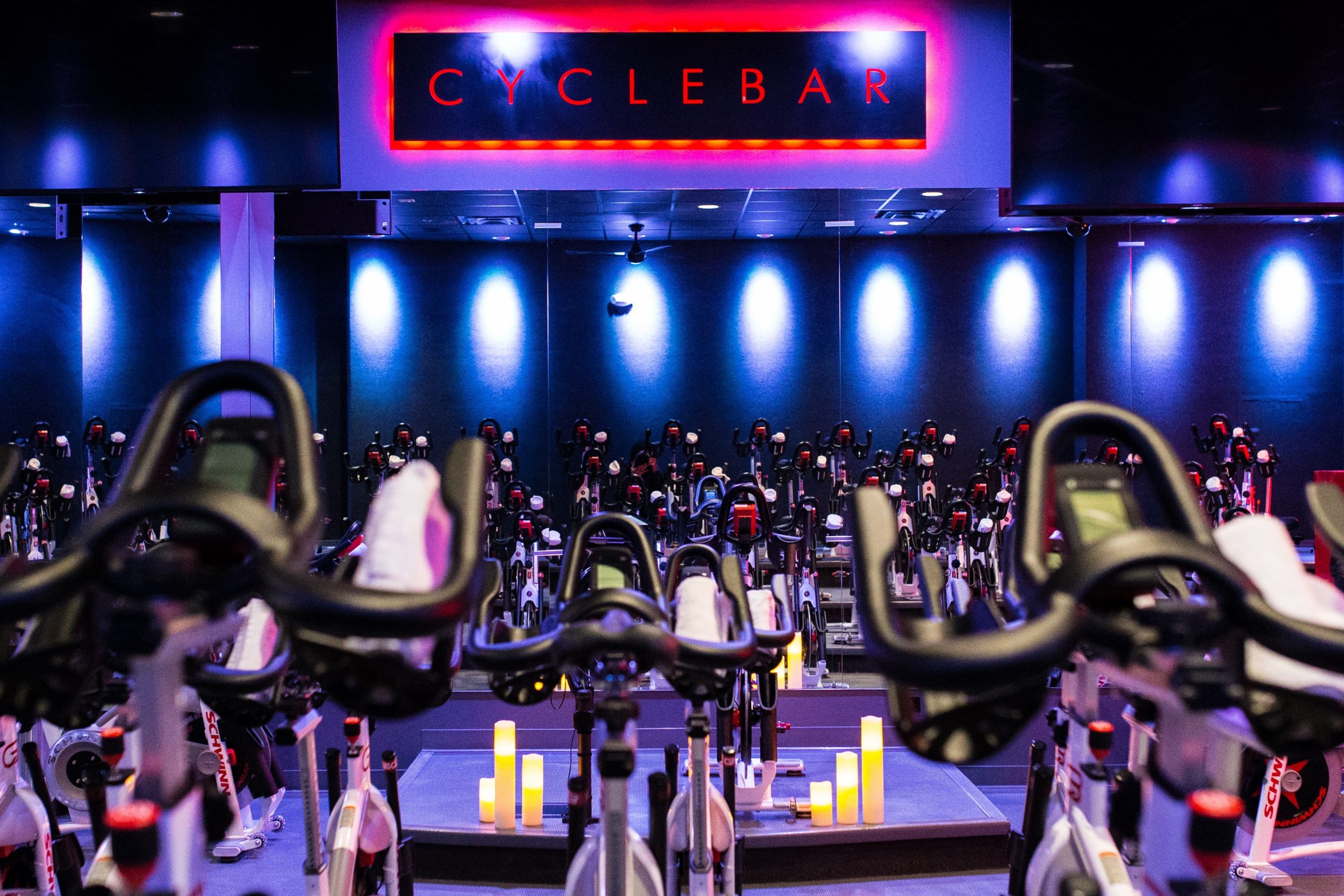 How much do Cyclebar Franchisees Make?

In the Item 19 of their FDD, Cycle Bar presents two charts which detail the average monthly gross sales of all their franchised studios as well as a separate chart for their studios which were active throughout each calendar month. Below are replications of the charts that were featured in the FDD, as well as our analysis of what these financial performances indicate about the health of the company. Overall, the average Cyclebar fitness franchise does well financially in terms of gross sales per month. Except for the lower end of these studios that are being represented, most of the stores that are shown turn over a positive gross profit every month.

However, there are a few things to keep in mind when evaluating the financial performance of these studios. For one, these charts only show the monthly gross profit of each studio. This is the initial revenue that a business brings in before the costs and expenses that go into operating a business, like COGS (cost of goods sold), equipment maintenance, and paying back loans that were taken out to start the business.

It is also interesting to note that fitness studios have peak seasons, meaning they have months where they experience a high surge of interest and other months that do not do as well. For example, January is one of the highest earning months, bringing in over $40,000 per month in terms of gross revenue.

This can be attributed to the tradition of New Year’s resolutions, and many people wanting to get in shape. However, by April this fitness fervor has died down and the average studio brings in less than $10,000 per month.

This inconsistent stream of revenue that fitness franchises like Cyclebar encounter is something worth considering before making your investment.

A likely reason for this is the COVID-19 pandemic, which essentially shut down fitness centers for a period of time and slowed down economic growth. However, it seems that Cyclebar is making a comeback in 2021, as according to their FDD they are projecting 26 new outlets being opened this year.

One thing to be wary of when looking at unit numbers is the possibility that they are manufactured by the franchisor opening up an abnormal amount of franchises in order to cover up the many failures and closures occurring in their system. However, this does not seem to be the case for Cyclebar, because in 2020 they reacquired 5 of their existing franchises, compared to the 15 that they were able to open.

Cyclebar is a fitness franchise concept that comes with its pros and cons. Their profit model, like many fitness franchises, tends to fluctuate based on the season. Furthermore, the lower end of their studios make a negative gross profit, meaning that they are losing money before operating costs. This is especially troubling for investors who are looking to take out loans in order to invest in their franchise or business.

However, at the same time the Cyclebar franchise system appears to be growing significantly based on their numbers of units that have opened/closed over the past three years. They are able to retain a positive net number of units, indicating a low likelihood of the franchise failing.

Think Cyclebar is the right franchise for you, or do you want to explore other options in the Fitness industry? Make sure to check out our listings page on Vetted Biz to explore the thousands of franchise and business opportunities we have available.