Vetted Biz is the leading platform for accessible and analytical data on franchises and businesses available in the U.S. Our research team has reviewed over 2,650 franchises. And knows the key facts and data that signal a successful franchise system.

Upon extensive review using a number of internet research tools, our team was able to compile a shortlist of the “Top 20 Most Popular Franchises in the United States.” In the article below, we review the business model proposed by one of these 20 franchises: Papa John’s Franchise. As well as the requirements that encompass its franchise application process.

Papa John’s began its story in Jeffersonville, Indiana, in 1984. When its founder, John Schnatter, proposed to his business partner that they begin selling high-quality pizza. In their bar in order to supplement revenues. After seeing a growing success, Schnatter and his partner decided to open their own pizza store one year later. The idea behind the concept’s success was a formula. That remains in the company to this day: sell high-quality pizza at a competitive price. Franchising began in 1986, and 10 years later the company was inaugurating its thousandth store.

Today, Papa John’s stores can be found in over 20 countries, serving a limited menu consisting of pizza, breadsticks, chicken wings, and canned or bottled soft drinks.

Additionally, the company currently has over 2,800 pizza delivery and carry-out restaurants open. Out of which 570 are company-owned while the rest are all franchises. Papa John’s is currently headquartered in Louisville, Kentucky and is run by its CEO Rob Lynch. Who previously served as President of Arby’s and held leadership positions at Taco Bell, HJ Heinz Company and Procter & Gamble.

How Much Does a Papa John’s Franchise Cost?

Including the company’s franchise fee of $25,000. Once the store is built and operations begin, franchisees must pay a royalty fee of 5% on gross sales. And a marketing fee of 8% in exchange for the marketing services provided by the franchisor. The franchisor is particularly looking for experienced candidates who have previous restaurant or retail experience. And who have a good credit history. That said, the minimum net worth required to own a Papa John’s franchise is $300,000 and the applicant must have liquid assets totaling at least $75,000. 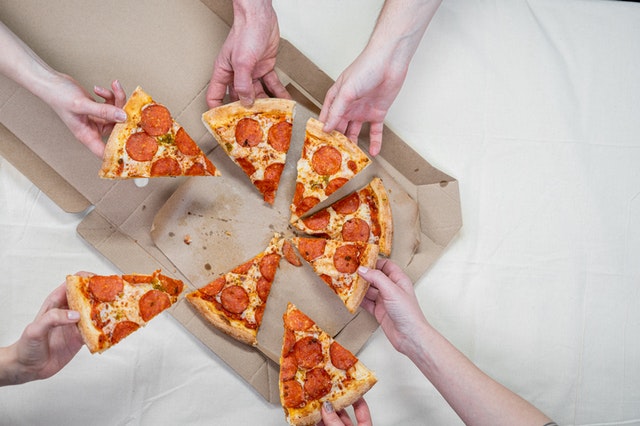 When evaluating a Papa John’s franchise’s potential for growth, one does not need to go beyond Quick Service Restaurant (QSR) numbers to better understand the prospect for success of the opportunity at hand. The fast-food industry generated $200 billion in revenues in 2015. And the industry has since expected to have an annual growth of 2.5% for the following subsequent years.

Papa John’s itself ranks as the third largest pizza chain in the U.S. trailing only Pizza Hut and Domino’s Inc., and in 2019 was ranked number 21 in QSR Magazine’s top 50. Looking at the franchise’s internal performance, franchised restaurants had an average sale of $837,495. And 44.6% of franchisees achieved this number in 2019. Moving forward, Papa John’s is looking to establish new traditional and non-traditional stores across the U.S.

Investing in a Papa John’s franchise is an interesting opportunity, especially for individuals looking to make their way into the QSR industry.  The prospects for growth and success within the industry and the Papa John’s brand itself. Are extensive and a number of markets continue to be available as they move forward with growing their presence across the country. If you are an individual with extensive management experience and are willing to invest an amount ranging from $130,120 to $844,420 or more, Papa John’s is the right franchise for you!