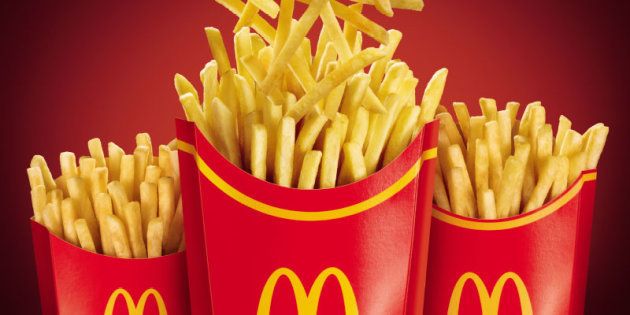 Vetted Biz is the leading platform for accessible and analytical data on franchises and businesses available in the U.S. Our research team has reviewed over 2,900 franchises and knows the key facts and data that signal a successful franchiseA franchise is when a business (franchisor) allows a party (franchisee) to acquire its know-how, procedures, processes, trademarks, intellectual property, use of its business model, brand and rights to sell its products and services. The franchisee signs a contract (franchise agreement) with the franchisor to acquire the franchise and generally has a territory granted to operate.... system. Upon extensive review using a number of internet research tools, our team was able to compile a short list of the “Top 20 Most Popular Franchises in the United States.” In the article below, we review the business model proposed by one of these 20 franchises: McDonalds, as well as the requirements that encompass its franchise application process.

McDonald’s was founded by two brothers, Maurice and Richard McDonald, in San Bernardino, California in 1948. The concept soon began to grow exponentially, particularly due to its innovative method of producing and delivering a larger quantity of food at a faster pace and for a lower price. By 1955, Mc Donald’s opened its first franchise when Ray Kroc, intrigued by the concept’s popularity, decided to visit a location and see the business’ magic happen in real time. After being blown away by the scalability of the concept, Kroc asked for the opportunity to open the first McDonalds franchise in De Plaines, Illinois. 72 years later, the fast-food concept now has over 38,000 locations open across more than 119 countries. Today, McDonald’s is currently headquartered in Chicago, Illinois and is run by Chris Kempczinski (CEO) who previously served as the Vice-President of PepsiCo.

How Much Does a McDonalds Franchise Cost?

The first factor to consider when interested in investing in a McDonald’s franchise are the financial requirements accompanying this investment opportunity. The total investment amount to establish a McDonalds franchise is $2,235,000 including the company’s franchise fee that is $45,000 and excluding any land or lease costs. Once the store has been built and operations begin, franchisees are then expected to pay the parent company a royalty fee of 4% on monthly salesThe total amount in dollars made in the business before expenses are deducted. See also Gross Revenue...., and an additional marketing fee of 4% on gross sales in exchange for the marketing services provided by the franchisor. The franchisor is particularly looking for experienced candidates that have already managed or owned a McDonalds restaurant previously. Additionally, the minimum net worthValue of all the non-financial and financial assets of a business buyer. There is usually a minimum net worth requirement to qualify as a franchisee and for bank financing.... required to own a McDonalds franchise is $1,263,000 and the applicant must have liquid assets totaling at least $500,000.

When evaluating a McDonalds franchise’s potential for growth one does not need to go beyond Quick Service Restaurant numbers to better understand the prospect for success of the opportunity at hand. The fast-food industry generated $200 billion in revenues in 2015 and the industry has since been expected to have an annual growth of 2.5% for the following subsequent years. McDonald’s itself was ranked number 1 in QSR Magazine’s top 50 of 2019. Looking at the franchise’s internal performance, it was found that of the 11,153 domestic traditional franchises – 56% of them had annual sales volumes in excess of $2,600,000. Additionally, in 2018 the company only had a total of 77 terminals – a minimal number when compared to the company’s overall 13,229 units. Moving forward, McDonalds is looking to establish new units across the entire country and particularly in where their target audience is more concentrated around.

Investing in a McDonalds franchise is a once-in-a-lifetime opportunity, especially for those individuals who are driven to lead the number one ranked business to franchise in QSR Magazine’s top 50 of 2019.  McDonalds’ brand name, loyalty and value are unique, and the profits made can go as high as you are willing to commit and manage your location successfully! That said, if you are an individual with previous business management experience and are willing to invest an amount of $2,235,000 or more, McDonalds is the right franchise for you!