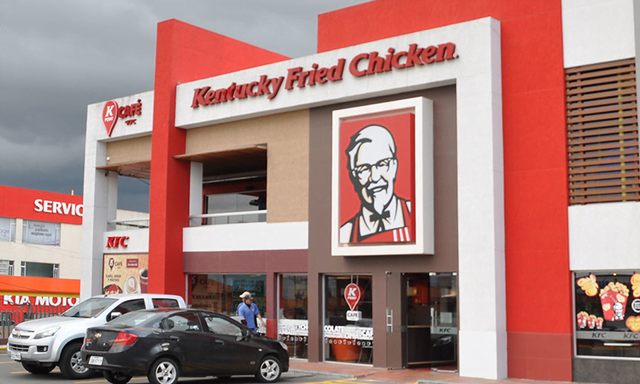 Vetted Biz is the leading platform for accessible and analytical data on franchises and businesses available in the U.S. Our research team has reviewed over 2,900 franchises and knows the key facts and data that signal a successful franchiseBusinesses owned and operated by separate entities or investors through contracts with the parent company... system. Upon extensive review using a number of internet research tools, our team was able to compile a short list of the “Top 20 Most Popular Franchises in the United States.” In the article below, we review the business model proposed by one of these 20 franchises: Kentucky Fried Chicken, as well as the requirements that encompass its franchise application process.

Kentucky Fried Chicken was founded by Harland Sanders in 1930 when he inaugurated his first Sanders Court & Café in Corbin, Kentucky. After six years of growing success, Sanders was awarded the Kentucky Colonel position for supplying extensive resources to his local community. By 1952, his business had outgrown itself to such an extent that he decided to grant KFC’s first franchise to his friend, Pete Harman, who in turn opened the first KFC franchise later that year in Salt Lake City, Utah. Throughout these 68 years, the franchise has expanded to over 20,000 stores in 145 countries that are committed to spreading the unique Colonel Sanders chicken dinners both domestically and internationally.  KFC is currently headquartered in Plano, Texas and is run by its CEO, Tony Lowing, who previously worked in consulting and financial management positions at Deloitte, BOC and Lend Lease.

How much does a KFC Franchise Cost?

The first factor to consider when interested in investing in a KFC franchise are the financial requirements accompanying this investment opportunity. The total investment amount to establish a KFC franchise ranges from $1,442,550 – $2,771,550 including the company’s franchise feeThis is a test of $45,000 and excluding any land or lease costs. Once the store has been built and operations begin, franchisees are then expected to pay the parent company a royalty fee of 4-5% on gross sales, and an additional fee of 5% on gross sales in exchange for the marketing services provided by the franchisor. The franchisor is particularly looking for experienced candidates who have some sort of business background and are driven to lead a KFC franchise to success. Additionally, the minimum net worth required to own a KFC franchise is $1,500,000 and the applicant must have liquid assets totaling at least $750,000.

When evaluating a KFC franchise’s potential for growth one does not need to go beyond Quick Service Restaurant numbers to better understand the prospect for success of the opportunity at hand. The fast-food industry generated $200 billion in revenues in 2015 and the industry has since been expected to have an annual growth of 2.5% for the following subsequent years. Moreover, KFC itself was ranked number 13 in QSR Magazine’s top 50 of 2019. Looking at the franchise’s internal performance, the company disclosed that in 2018, the average net sales for franchisee-owned stores was $1,159,852, where 43% of stores met or exceeded this average. Additionally, it was found that only 81 franchisees terminated their contracts with KFC in 2018 – an insignificant value when contrasted with the total amount of franchises under KFC’s franchise system. Moving forward, KFC is looking to establish new units across the entire country as they continue making sure Colonel Sanders chicken dinners are made available throughout the whole nation.

Investing in a Kentucky Fried Chicken is a unique and ambitious opportunity, especially for individuals looking to generate a high level of income whilst diving into the Fast-Food Industry. This specific industry is always looking to grow, expand and develop itself and its revenues numbers are proof of such. That said, if you are an individual with previous business management experience and are willing to invest an amount ranging from $1,442,550 – $2,771,550 or more, Kentucky Fried Chicken is the right franchise for you!