Dunkin’ Donuts franchise, also known as Dunkin’ and DD, is an American multinational coffee and doughnut chain. It was founded by Bill Rosenberg in Quincy, MA in 1950. It began rebranding as a “beverage-led company”, and was renamed Dunkin’, in 2019 with stores in the U.S. beginning to use the new name. The rebranding is to eventually be rolled out to all international locations. With approximately 12,900 locations in 42 countries, Dunkin’ is one of the largest coffee shop chains in the world. At the close of 2021, there were 8,000+ Dunkin’ franchised locations in the US. It is led in the US by David Hoffmann as CEO & President and former CEO Nigel Travis in the role of Executive Chairman. How is Dunkin’ Donuts Franchise Positioned in the Food and Beverage Industry?

The Food and Beverage industry in the USA accounts for 13% of all manufacturing employment in the country. This industry employs around 1.46 million people. Food franchises make up to 36% of the total franchise establishments in the USA and it is expected to create 1.6 million more jobs by 2027. The annual growth rate in the industry is around 2% and the EBITDA multiplier is around 3x for a single restaurant. Multiples can go up to 7x for 5+ restaurants.

One of the benefits of buying a coffee shop is that it does not require much industry-specific knowledge. Many first-time business owners buy coffee shops and this industry is very popular among first-time franchise owners. There is a lot of information about general business practices as well as coffee shop specifics, so the learning curve is less steep. Any owner in the industry is expected to be knowledgeable in the specifics of coffee, trends, and coffee-related drinks.

High turnover and discretionary spending characterizes the coffee shop industry. This industry has experienced a period of rapid expansion over the last decade. The existing competition in the industry is expected to intensify. Industry profitability is expected to increase, recovering from the decline early in the period. International expansion is anticipated to be the largest source of revenue and profit growth. 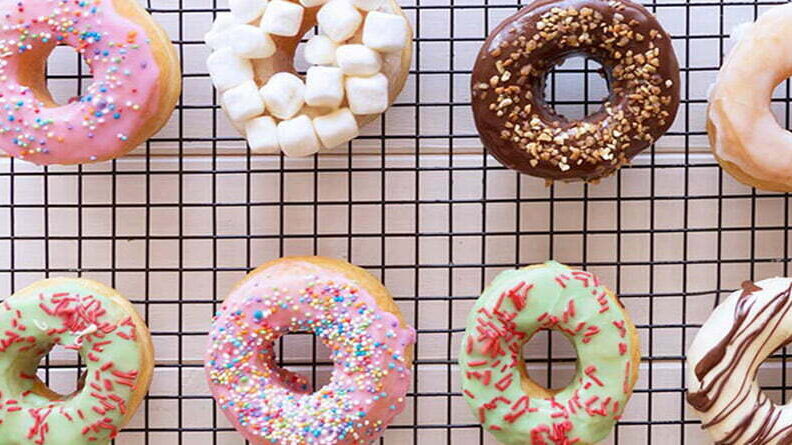 How Much is a Dunkin’ Donuts Franchise?

The initial Dunkin’ Donuts Franchise Fee is between $10,000 and $90,000 for a 10 to 20-year term depending on the type of store. You have to pay this upfront fee when opening a Dunkin’ Donuts franchise.

The estimated total investment necessary to begin the operation of a Dunkin’ Donuts Franchise ranges from $121,400 to $1,787,700. The following costs are part of the upfront costs included in the initial investment for a Dunkin’ Donuts. Many of these are one-time fees that you need to launch the franchise. Review the chart below to see how much it costs to buy a Dunkin’ Donuts franchise in 2022.

Let’s look at the different costs for different types of stores: 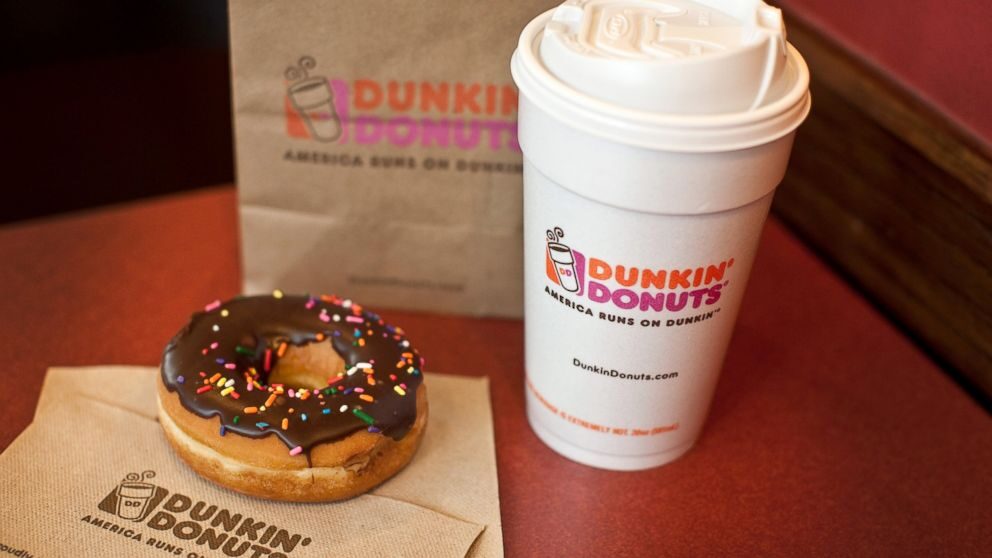 Let’s compare this to the estimated total investment necessary to begin the operation of a Biggby Coffee Franchise which ranges from $276,000 to $439,000. This is much lesser compared to Dunkin’. Compared to the Food and Beverage industry average of $466,000, Dunkin’s midpoint is also higher. 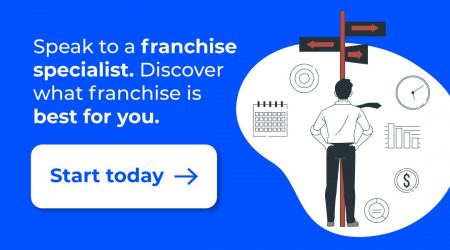 As a prospective Dunkin’ Franchisee, you need a minimum of  $250,000 as liquid assets and a minimum net worth of $500,000 per restaurant, depending on the market. You can also purchase an existing Dunkin’ location by satisfying the minimum financial requirements for your desired market.

How much do Dunkin’ Donuts franchise owners make? 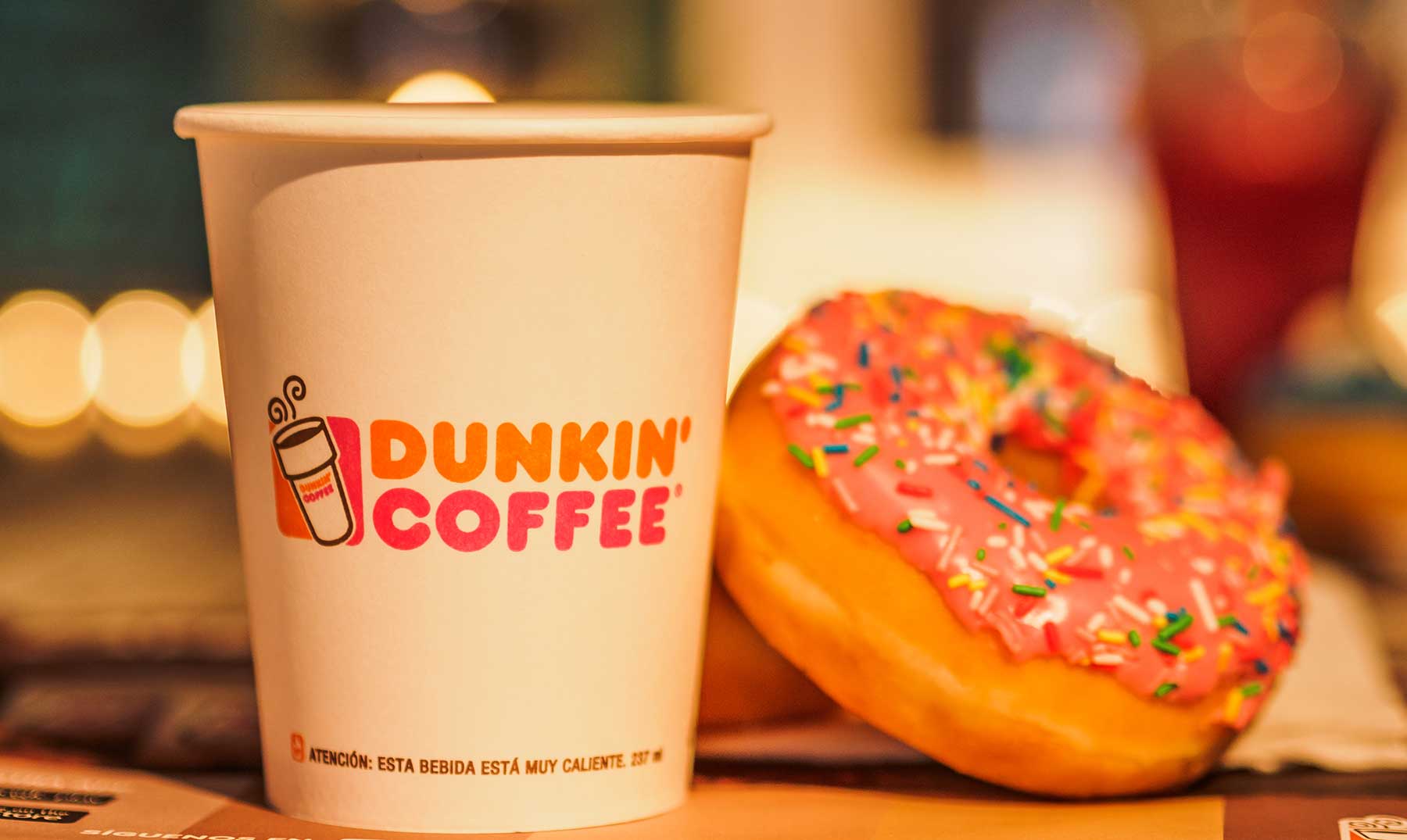 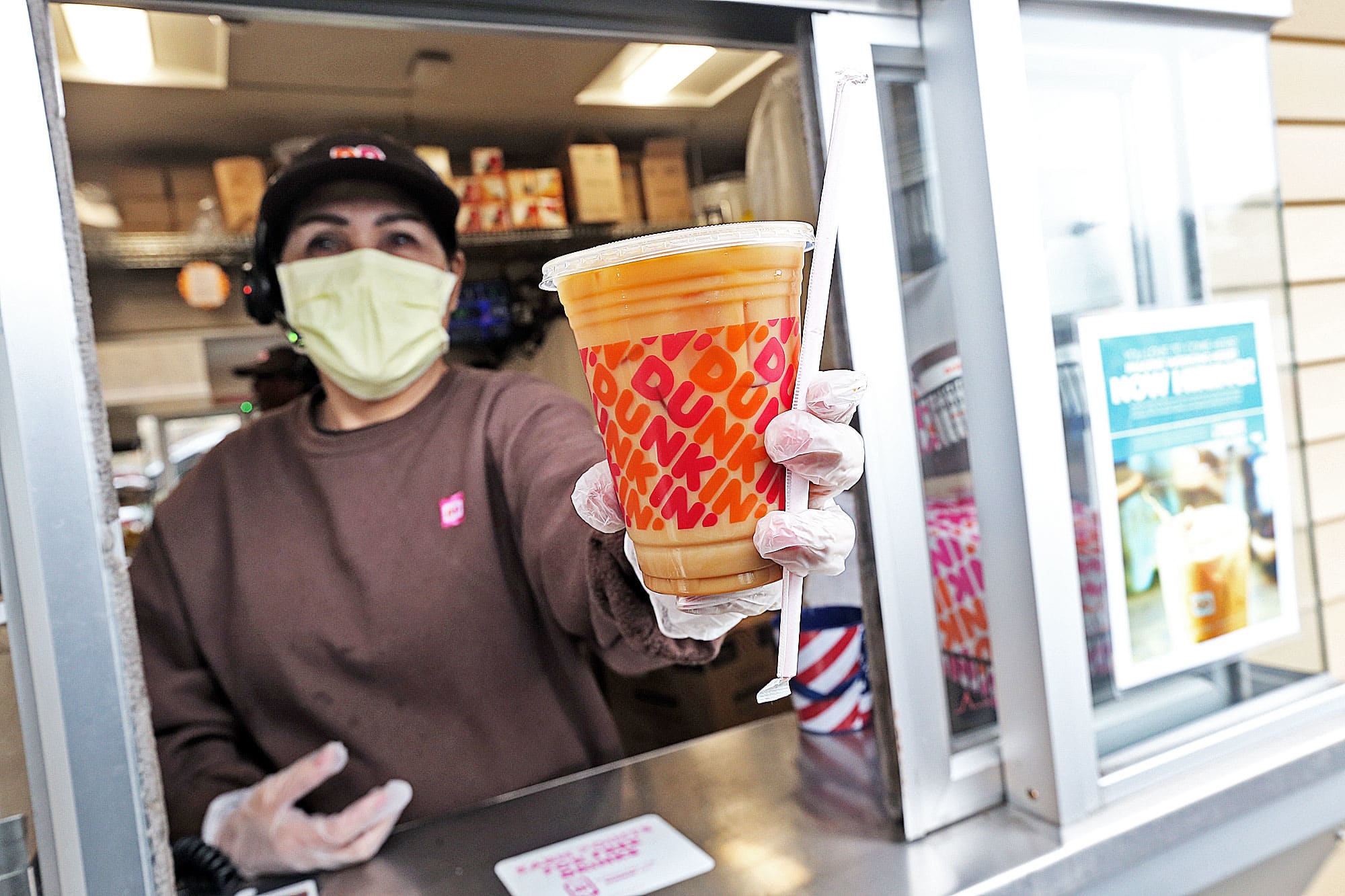 Many factors affect the sales, costs, and expenses of your Franchised Store. Such as the Franchised Store’s size, geographic location, menu mix, and competition in the marketplace. The presence of other Coffee shops; the extent of market penetration and brand awareness that Dunkin’ Donuts stores have attained in your market. Also, the quality of management and service at your Franchised Store are major factors. 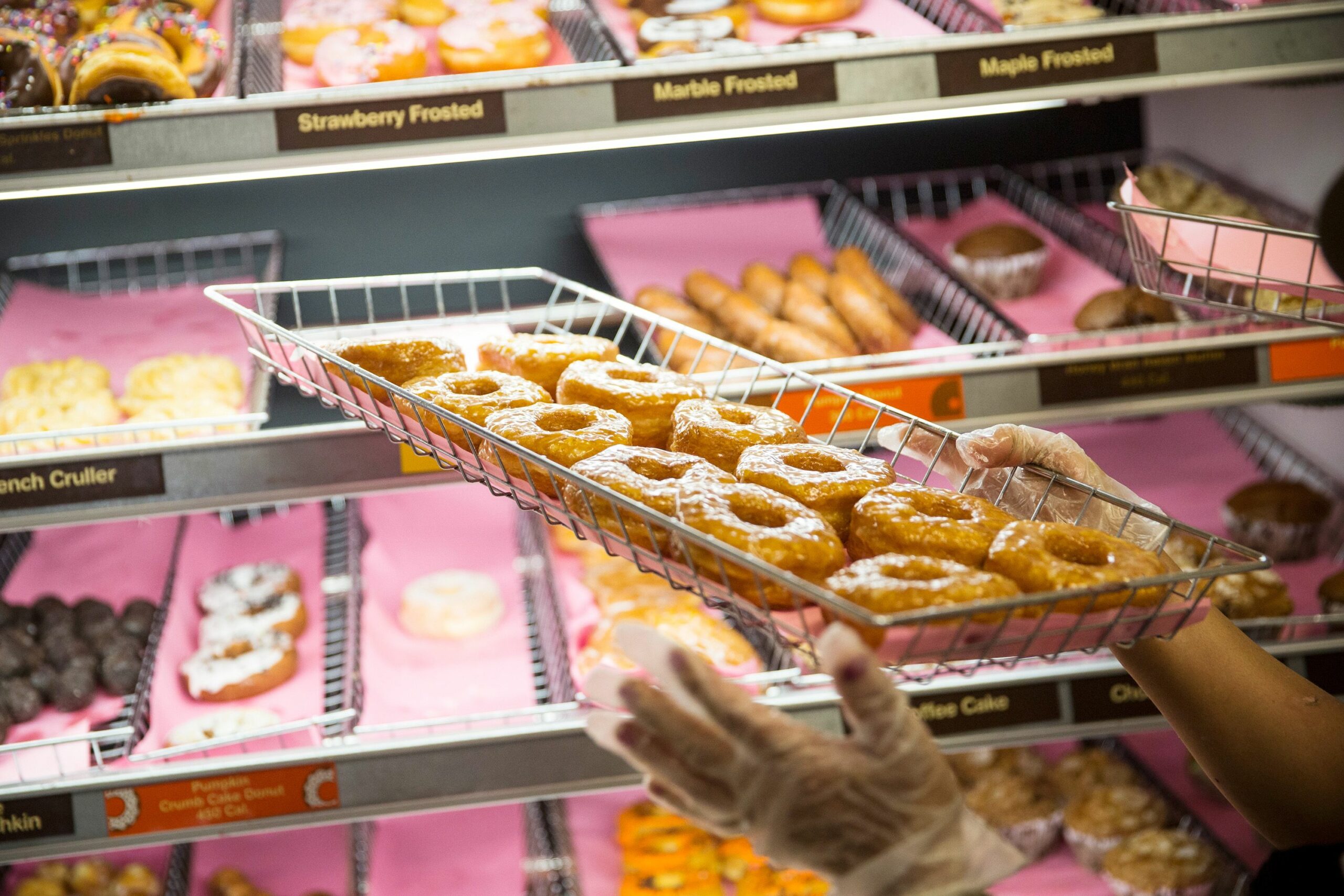 Is the Dunkin’ Donuts Franchise Profit Worth the Franchise Cost?

To assign a valuation multiple for Dunkin’ Donuts franchises, we leverage estimates from DealStats, a database of acquired private company transactions sourced from U.S. business brokers and SEC filings. We reviewed the larger franchise industry as well as selling price multiples for larger systems where more transaction data is available. For this analysis, we will look at data from all of Dunkin’s locations that have drive-thrus regardless of where they are located.

The cash flow multiple for the industry is 1.51. However, Dunkin’ trades at 6X EBITDA for multiple locations where it might just be 3-6X EBITDA (or 1X Revenue) for one location. Donut shops usually sell for between 85-95% of the asking price. 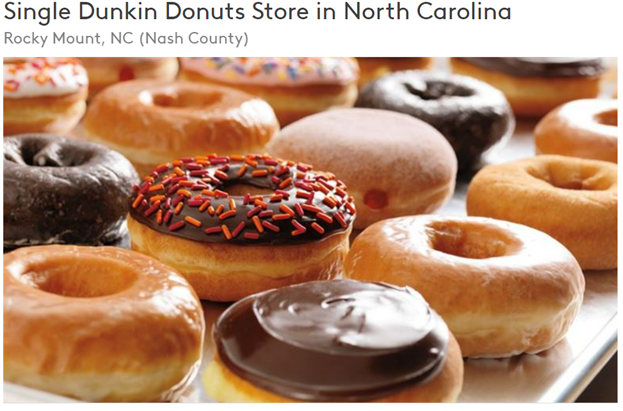 Dunkin’ Donuts is a very profitable business for the franchisor with retained earnings of $553.8 million in 2021. Compared to $554.3 million in 2020, they saw their earnings remain almost stable.

How many Dunkin’ Donuts units have opened and closed?

How many Dunkin’ Donuts units have opened and closed?

Over the last three years, the company has slightly declined. Franchising units have decreased. Over the last three years, franchises have closed at a rate of 27 units a year. This is an indicator that these stores may not be performing well. However, the decline came in 2020, the pandemic, year and both 2019 and 2021 saw an increase in the number of stores. As such, the decreased number of stores isn’t a matter of concern as the recovery in numbers has picked up already. At the close of 2021, there were 8,010 Dunkin’ franchise locations in the US.

Alternatives to a Dunkin’ Donuts Franchise

There are a lot of competitors in the coffee shop industry and one of the biggest ones is Starbucks. These are the two largest US chains focusing on coffee and coffee branded products. Even though it came out after Dunkin’, Starbucks growed to be bigger than Dunkin’. Starbucks generated over $23.5 billion in 2020, while Dunkin’ Brands’ 2019 annual revenues were $1.3 billion. Another one of Dunkin’s biggest competitors is Krispy Kreme. Krispy Kreme recently went public in 2021. You can learn more about a Krispy Kreme franchise here.

Let’s look at some other competitors to a Dunkin’ franchise

Tim Hortons is a Canada-based company that sells coffee and other non-alcoholic beverages as well as baked goods, soups, and sandwiches. They were founded in 1984 in Ontario and have since grown, with 5,291 stores currently operating in the United States. Tim Hortons has recently pursued expansion into international markets, with 42 additional franchised locations in Latin America. With a large presence in North America, Tim Hortons is Canada’s largest quick-service restaurant chain. Tim Hortons is a subsidiary of Restaurant Brands International (RBI), a Canadian Corporation. Notably, RBI also owns Burger King, Popeyes Louisiana Kitchen, and Firehouse of America.

A 15% profit margin would yield estimated annual profits of $158,144. This means it would take nearly 11 years to recoup your investment. While Tim Hortons is a growing company and has seen increasing gross sales, the 8-14 year timeframe that you could reasonably expect to recoup your initial investment may be a long time for one to wait. 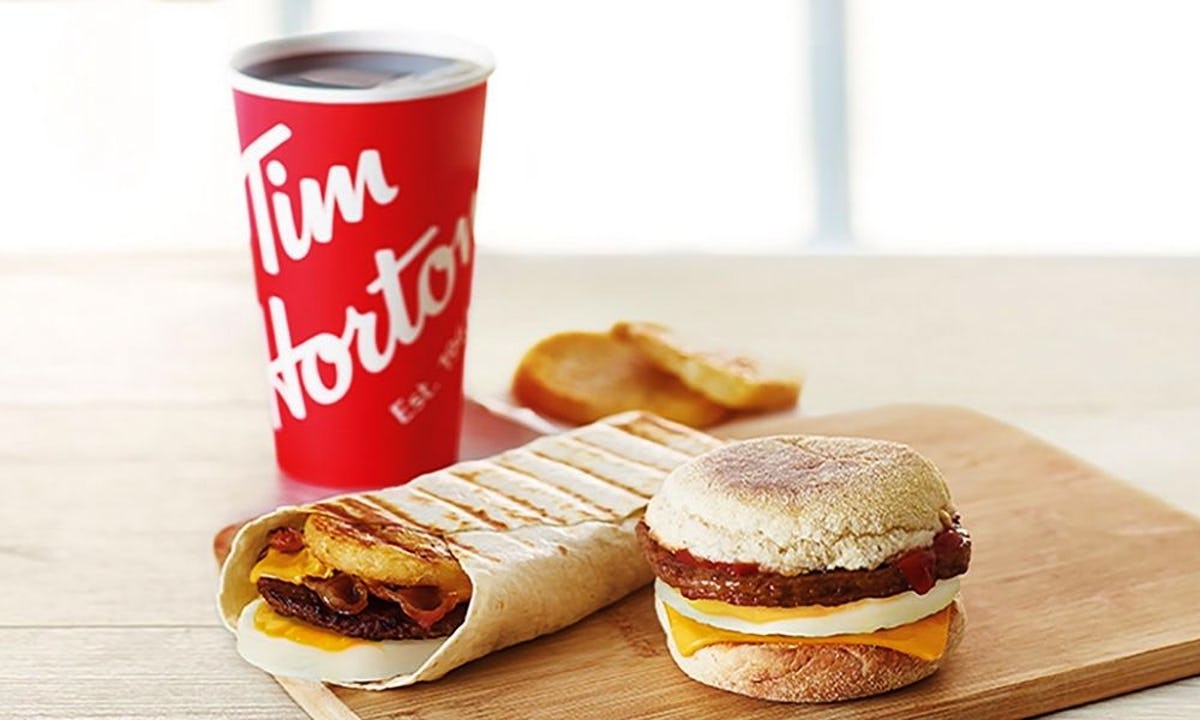 Duck Donuts is an American-based chain store known for selling “warm, delicious, and made to order” donuts and other breakfast pastries. Originally founded in 2006 in North Carolina, Duck Donuts has since expanded to over 100 stores across the United States. Prospective franchisees will be happy to hear that Duck Donuts operates under the franchising model, meaning nearly all of their stores are franchises.

A 15% profit margin would yield estimated annual profits of $83,145. This means it would take nearly 8 years to recoup your investment. Based solely on the Franchise Disclosure Document, Duck Donuts may be an exciting investment opportunity for potential franchisees. A 6 to 11 year timeframe for a return on investment is less than the industry average, and Duck Donuts has seen positive increases in the total number of stores over the past three years. 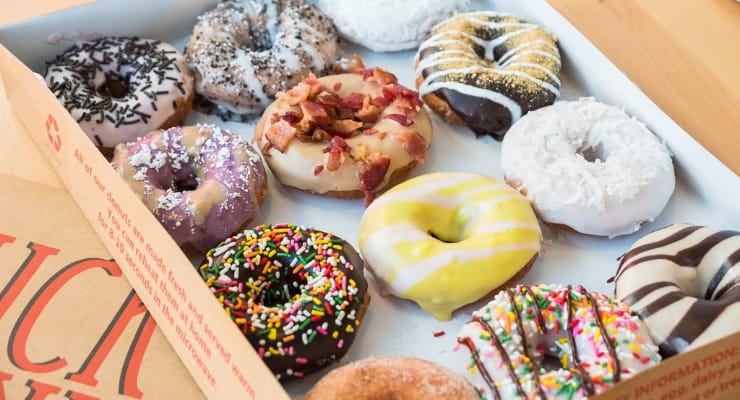 Scooter’s Coffee is an American chain of coffee stores specializing in quick service of espresso drinks, smoothies, and baked goods founded in 1998 and has grown to about 250 stores in the United States. Boundless Enterprises, a Nebraska-based LLC, serves as the parent company for Scooter’s. The parent company also owns two affiliate companies – Harvest Roasting and Boundless Operations.

A 15% profit margin would yield estimated annual profits of $88,158. This means it would take nearly 9-10 years to recoup your investment depending on whether your store is a kiosk or coffeehouse. While Scooter’s is a growing company and has seen increasing gross sales over the past six years, the 7-14 year timeframe that you could reasonably expect to recoup your initial investment may be a long time for one to wait. 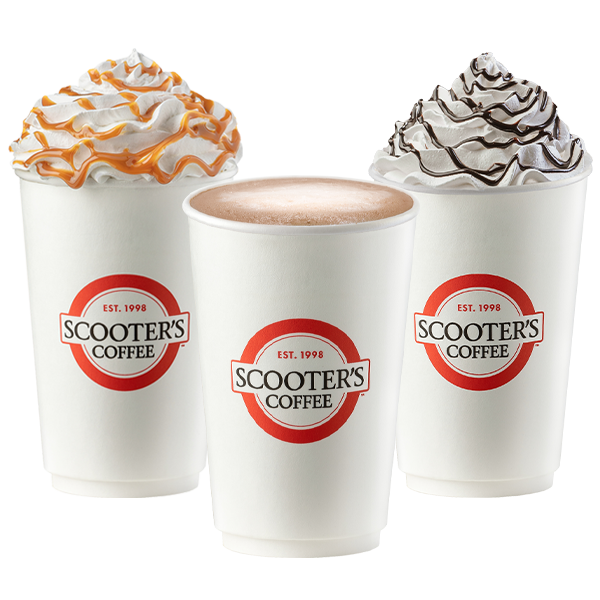 Doughnuts are one of the most liked desserts/snacks in the United States. One of the best places to eat Doughnuts is Krispy Kreme, considered by most, the best doughnut shop in the country. Krispy Kreme offers doughnuts in addition to beverages and other related products.

Based on a midpoint investment of $2,498,750 with estimated profits of $525,000 at a 15% profit margin, it would take about 7 years to recoup your investment. Krispy Kreme is according to most people the best doughnut restaurant in the United States. Krispy Kreme has seen strong economic growth in the past years, for instance, in 2021 it saw organic growth of 22.5% compared to 2020 and a growth in sales of 42.6%! These numbers are very promising. If you decide to go ahead and open a Krispy Kreme, you can be sure you will sell a lot of doughnuts and coffee! 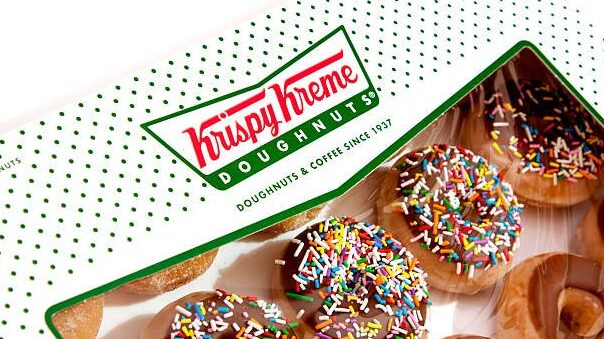 Biggby is a community coffee shop chain with offerings of espresso beverages, sandwiches, baked goods, etc. Their franchise is generally operated from either a free-standing, storefront or strip center location. Or a prefabricated modular structure. Biggby has a very high focus on community integration which they credit for their economic recovery after COVID. Robert P. Fish is a Co-Founder and Co-CEO of Biggby since April 2016 along with Michael J. McFall. Both of them are managing members of Global Orange, Biggby’s associates.

A 15% profit margin would mean it would take nearly 4.5 years to recoup your investment. Based solely on the Franchise Disclosure Document, Biggby may be an exciting investment opportunity for potential franchisees. The company presents itself as an up-and-coming player in the industry focused heavily on community values and engagement. It is offering a chance to be a part of an industry that has been long present. While still in its early stages, Biggby Coffee’s growth seems to be accelerating. 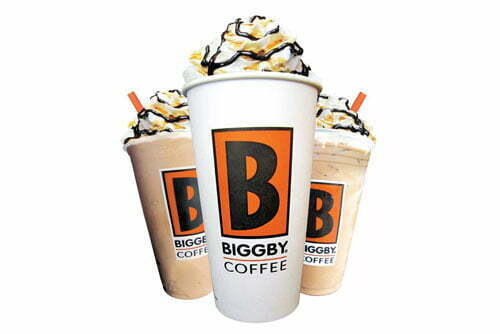 In 2020, Inspire Brands purchased Dunkin’ Brands. Other brands owned by Inspire include Arby’s, Buffalo Wild Wings, Sonic Drive-In, and Jimmy John’s. The purchase had a cost of $11.3 billion at a share price of $106.5 per share. This put Inspire Brands in the number two spot in the USA for foodservice companies by the number of locations and sales with 32,000 restaurants in 60 countries globally, making $26 billion in sales.

By 2014, Dunkin’ Donuts’ largest international market was South Korea, counting for 40 percent of all international sales. With 900+ outlets in the country, it had thrice as many as McDonald’s, and around a third more than Starbucks. The country is also home to Dunkin’s only coffee roasting plant outside the U.S.

Dunkin’ Donuts offers people the opportunity to be a part of a business that has high net sales and is rapidly expanding. It is impossible to understate the brand recognition that Dunkin’ has in the US market.

While this may be the business for you, make sure also to check out other businesses offered on Vetted Biz and in the Food and Beverage Industry.