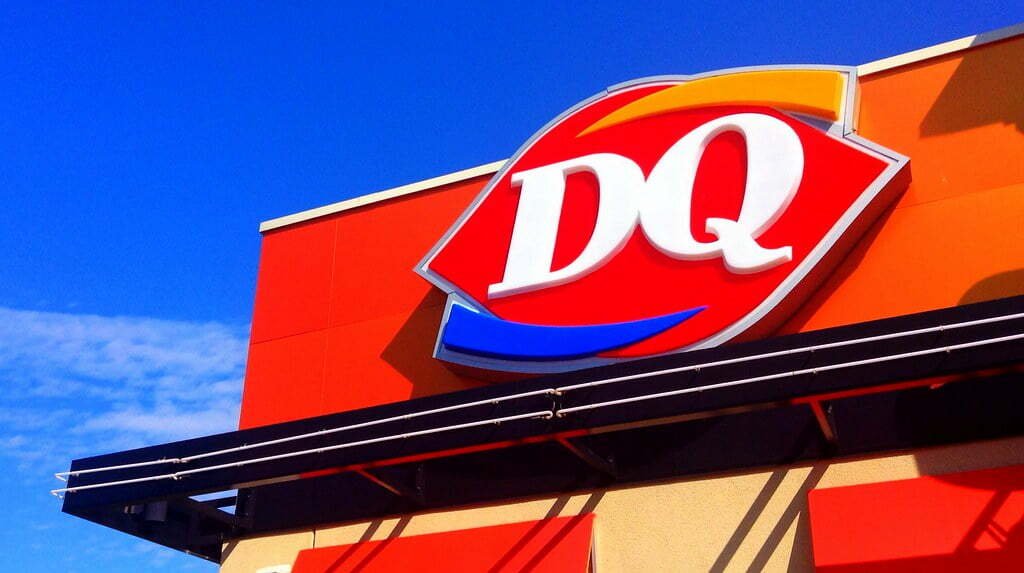 Vetted Biz is the leading platform for accessible and analytical data on franchises and businesses available in the U.S. Our research team has reviewed over 1,700 franchises and knows the key facts and data that signal a successful franchiseA franchise is when a business (franchisor) allows a party (franchisee) to acquire its know-how, procedures, processes, trademarks, intellectual property, use of its business model, brand and rights to sell its products and services. The franchisee signs a contract (franchise agreement) with the franchisor to acquire the franchise and generally has a territory granted to operate.... system. Upon extensive review using a number of internet research tools, our team was able to compile a short list of the “Top 20 Most Popular Franchises in the United States.” In the article below, we review the business model proposed by one of these 20 franchises: Dairy Queen, as well as the requirements that encompass its franchise application process.

Dairy Queen opened its first store in Joilet, Illinois in 1940, when father and son, John and Alex McCullough, partnered with their longtime friend, Sherb Noble, to begin selling a new delicious dairy product they created that is known today as Dairy Queen’s soft serve. After testing the product’s success by selling more than 1,600 servings of the new dessert in just two hours on the first day of salesThe total amount in dollars made in the business before expenses are deducted. See also Gross Revenue.... in Sherb Noble’s already existing ice cream store, the group decided to expand and opened their first store in a building that stands to this day. Franchising began soon after and by 1947 there were already 100 Dairy Queen franchises spread across the country. Today, Dairy Queen currently has over 7,000 stores across 27 countries – a number that continues to grow exponentially. Dairy Queen is currently headquartered in Bloomington, Minnesota and is run by its CEO, Troy Bader, who has been with the Dairy Queen corporate team since June 2001.

How Much Does a Dairy Queen Franchise Cost?

The first factor to consider when interested in investing in a Dairy Queen franchise are the financial requirements accompanying this investment opportunity. The total investment amount to establish a Dairy Queen franchise ranges from $1,151,135 – $1,936,655 including the company’s franchise fee of $45,000 and excluding any land or lease costs. Once the store has been built and operations begin, franchisees are then expected to pay the parent company a royalty fee of 4% on gross sales, and an additional marketing fee of 5-6% on gross sales in exchange for the marketing services provided by the franchisor. The franchisor is particularly looking for experienced candidates who are truly driven to own a Dairy Queen franchise. That said, the minimum net worthValue of all the non-financial and financial assets of a business buyer. There is usually a minimum net worth requirement to qualify as a franchisee and for bank financing.... required to own a Dairy Queen franchise is $750,000 and the applicant must have liquid assets totaling at least $400,000.

When evaluating a Dairy Queen’s franchise’s potential for growth one does not need to go beyond Quick Service Restaurant numbers to realize how much it is able to expand. The fast-food industry generated $200 billion in revenues in 2015 and the industry has since been expected to have an annual growth of 2.5% for the following subsequent years. Looking at the franchise’s internal performance, although limited data was made available on the financial status of the company’s franchisees, it was found that only 22 franchises terminated their contracts with Dairy Queen in 2018 – an insignificant value when contrasted with the total amount of franchises under Dairy Queen’s franchise system. Moving forward, Dairy Queen is looking to establish new units across the entire country making sure that all Americans have the opportunity to take a glimpse of what their signature ice cream tastes like.

In conclusion, investing in a Dairy Queen franchise is a resourceful and challenging opportunity at hand, particularly for individuals who would like to own a business that contains a strong sense of brand loyalty and generates a high level of income. The fast-food industry is one of the leading industries in today’s business markets, as they were able to successfully combine in the right amount of quantity and quality. That being said, if you are an individual with previous business management experience and are willing to invest an amount ranging from $1,091,025 – $1,849,625 or more, Dairy Queen is the right franchise for you!