You have probably heard of Burger King, one of the biggest fast-food companies in the world. They mainly offer a wide variety of burgers and fries. Did you know it is a franchise? Yes, Burger King is a franchise with over 18,000 locations worldwide, of which about 7,000 are in the U.S. alone. Burger King Corporation was founded in 1954 in Florida and is based in Miami. It is an indirect subsidiary of Burger King Worldwide, located in Delaware.

Competitors of Burger King include other franchises in the fast-food industry such as McDonald’s, Subway, KFC, and other Burger Kings nearby. We will analyze if the initial cost is worth the potential returns.

How much is a Burger King Franchise?

The standard fee for a 20-year term Burger King franchise is $50,000. The upfront fee must be paid before opening the restaurant. Prices can vary depending on the length of the property control, with the minimum being $15,000. On top of the initial fee, Burger King also has an application fee of $250 per applicant and $5,000 for Entity Ownership. If you were to operate multiple restaurants, a fee of $50,000 is due for every additional unit.

The estimated total investment needed for beginning operation is between $1,877,600 and $3,398,600. That is if you decide to go the traditional route.

However, with Burger King, you can also opt for setting up your location inside another commerce (like a supermarket or a gas station), and can also co-brand to reduce costs. They call these non-traditional stores.

For the sake of simplicity, we will focus on traditional locations.

These fees are standard for most franchises in the Food and Beverage Industry.

What do you need to open a Burger King Franchise?

Burger King Corporation is continuously looking for multi-unit operators that are committed to providing an excellent guest experience.

The approval process for a Burger King franchise includes:

How much do Burger King franchise owners make?

Based on a midpoint investment of $2,638,100 with estimated profits of $175,630, it will take about 15 years to recoup the initial investment in a Burger King franchise. Keep in mind that these are just estimates, and your profit will ultimately depend on different factors like what kind of location you pick and how well you run your business.

Is Burger King Franchise Profit Worth the Franchise Cost?

Moreover, on average, you will be able to make a profit by selling your franchise iif you own multiple locations, as the median multiple for stores selling more than $5 million is .86.

Most Burger King and quick service restaurants franchisees are not making their money from the franchise itself. Rather from real estate!

Franchisees that own the real estate rather than leasing it have the opportunity to sell the real estate along with the franchise which allows for much greater profit than the sell of the restaurant business alone.

Now let’s take a look at one of the largest Burger King franchisees to see how they make money.

Carrols Restaurant Group is a restaurant franchise corporation that is also the largest Burger King franchisee in the world, and according to their website, they currently own and operate over 1,000 restaurants under the Burger King and Popeye brand names. At the same time, Carrols Restaurant Group is a publicly-traded company, meaning that it is listed on the stock market under the ticker symbol $TAST.

As an individual investor, on the surface, it may seem as if you do not have a lot in common with large corporations like Carrols Restaurant Group. But looking at this franchisee’s financials can provide valuable insight into the success of the franchisor in the industry, as well as projected revenues, costs, and profits. Burger King Franchise makes up the majority of Carrols total restaurant sales, constituting 94.5% in the first quarter. Although revenue increased in Q1, expenses increased as well, from $20.8 million in Q1 2020 to $21.4 million in Q1 2021. Another important metric to look for in a company’s financial statement is their EBITDA, or their earnings before interest, taxes, depreciation, and amortization. There was a significant jump in Carrol’s EBITDA in Q1, from $4.0 million in Q1 2020 to $21.4 million in 2021. In 2020, Carrols lost a lot of their franchises, decreasing from 1,036 restaurants at the beginning of Q1 to 1,028 at the end for a net loss of 8 restaurants in just one quarter. However, for 2021, Carrols was able to retain all of its restaurants from the beginning of the quarter.

Despite the economic downturn brought about by the COVID 19 pandemic, Carrols Restaurant Group proved their resilience throughout the fiscal year of 2020, as top line restaurant sales grew by 6.5% to about $1.5 billion, thanks in part to their large scale acquisition activity in 2019.

There was only a modest decline in comparable restaurant sales for both Burger King and Popeyes, 2.8% and 0.1% respectively. Furthermore, their delivery platform served as an important success factor, going from contributing nothing to approximately 5% of restaurant sales by the end of 2020. At the same time, Carrols was able to dramatically improve their operating margins in 2020, increasing their Adjusted Restaurant Level EBITDA by almost $25 million and Adjusted EBITDA by just over $20 million.

The following charts are a modified version of the financial statements provided by the annual report, and what they indicate about the financial health of the largest franchisee of Burger King.

Although Carrols had relatively impressive revenue numbers, they are surprisingly NOT a profitable company as measured by net income. Their net income since 2019 has been at a loss, although in 2020 they were able to minimize this loss by a few million dollars. So, why is their net income at a loss? For one thing, Carrols has very high total operating expenses, which takes a huge chunk out of their original earnings. For example, looking at 2020, they made a little over $1.5 billion in total revenue, specifically $1,547,502,000. But total operating expenses amounted very close to this number, at $1,543,388,000.

Income after operations expenses is only $4,000,000, a measly number compared to how much they brought in originally. Interestingly enough, Carrols Restaurant Group still recorded positive cash flow, indicating an increase in the company’s liquidity. However, looking at the modified cash flow statement above, it becomes clear that the reason why Carrols Restaurant Group has such a high cash flow relative to their net income is because they borrowed money from a credit facility — this is what “issuances” and “borrowing” means in the above statement.

Burger King is a highly profitable business for the franchisor with earnings of $775 million in 2019. Compared to 2018’s $674 million, Burger King saw an increase of 15% in a single year which is a great indication of growth.

However, it is important to note that in 2020 earnings decreased by 20%, most likely due to the pandemic. The company will probably recover, but it is important to keep in mind that it is a business that can be affected by such phenomena. 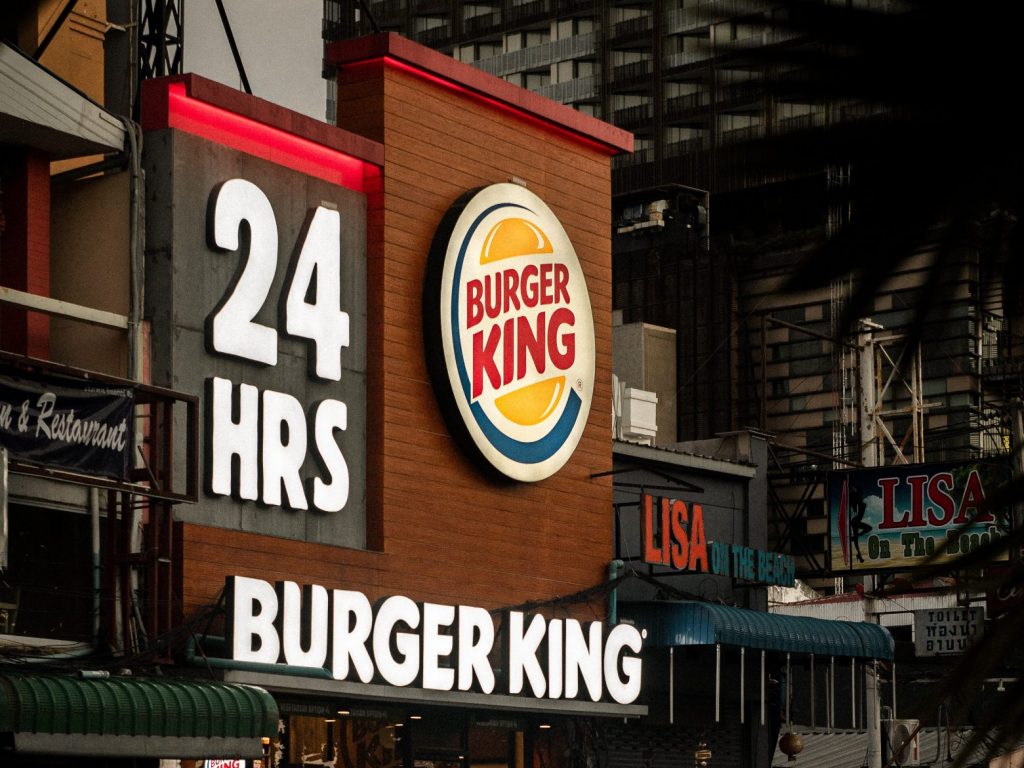 How many Burger King units have opened and closed?

Over the last three years the company has seen significant growth, with the exception of 2020, the year the pandemic began. In 2018 there was a growth of 104 units, whereas in 2019 it was only 14. This means that Burger King is growing at a slowing rate, which might be an indicator that stores are not performing as well as they used to or that franchisees are not seeing significant profit.

Burger King is a traditional fast food restaurant. These kinds of restaurants seem to be losing popularity as more healthy food options rise in the form of other franchises like Tropical Smoothie Cafe.

On top of that, franchisees seem to be making profit through real estate rather than the franchise itself as otherwise it can take you 15 years to recoup your initial investment.

Our suggestion is that you do not open a Burger King franchise if you are looking to make profit in the short term unless you own the real estate. Or you could consider opening one up in a non-traditional location (e.g. airport) for as little as $220k. This would reduce your initial investment cost significantly.

If you think Burger King is the right franchise for you, or  you are interested in other franchise opportunities in the Food and Beverage Industry. Check out our listings page on the Vetted Biz website for thousands of franchises available for your investment.