Vetted Biz has reviewed and analyzed the SBA 7(a) loan approvals from the fiscal years 2010-2019. The records were obtained through SBA’s official website. 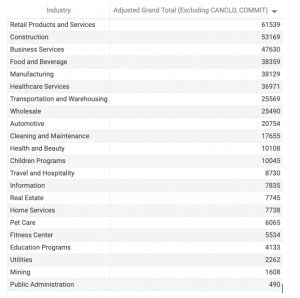 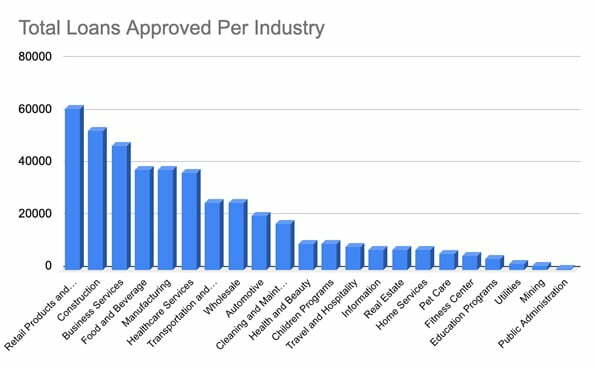 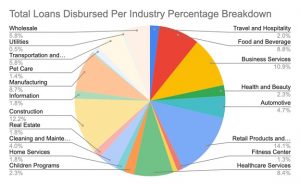 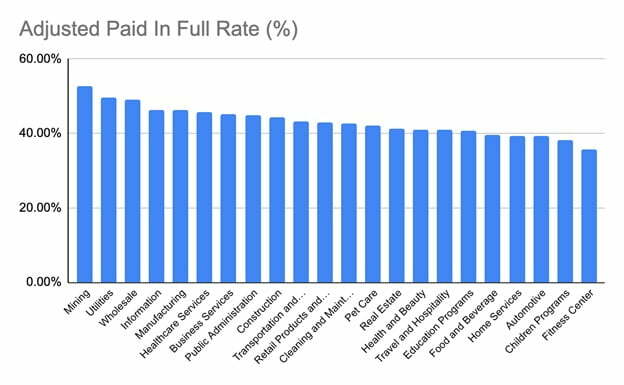 Further analysis was conducted on the non-franchised business industries based on their loan status. The following loan status categories are listed below. Please note the most important loan statuses to understand in this analysis are ‘Paid In Full’ and ‘Charged Off’.

The best loan status, reflecting a financially healthy business, is Paid In Full, as the business has already paid off the loans and all interest. In contrast, the worst loan status for a loan is Charged Off, as the loan has defaulted and further collection of debt is doubtful. The SBA recognizes this as a loss and removes the account from its active accounts receivable.

Vetted Biz reclassified the 1,200+ NAICS industries into 23 industries for the non-franchised businesses studied. Within each industry, we studied the rate of the two most important loan statuses: Paid In Full and Charged Off. Below you can find the adjusted results of both, for each industry with a further breakdown of how many businesses in those industries had that particular loan status. Please note that adjusted results exclude loans that were “Committed” or “Cancelled” due to the fact that these loans ended before they were ever disbursed by the lender in the first place.

From 2010 to 2019, SBA non-franchised loans within the Mining industry had the highest Paid In Full rate, with those in the Utilities industry coming in second. These high Paid In Full rates shouldn’t be the only numbers to consider, however. An example of such, is the Wholesale industry, which had one of the highest Paid in Full rate, while also having one of the highest Charged Off rates. Looking at both rates, the Healthcare Services provides a better balance in that it has a higher than average Paid In Full rate and a lower than average Charged Off rateAlso can be referred to as the SBA Loan Default Rate, the charged off rate is percentage of businesses in set field (e.g. industry) that defaulted their loan, are unable to pay their loan in full, and/or there is no confidence that they will be able to pay back the loan…..

Another factor that would exacerbate the validity of a business’ potential is by observing the total number of loans disbursed. The fact that the Business Services industry has the third highest number of loans disbursed as well as one of the highest Paid In Full rates, shows that there exists a good potential for business ventures in this industry. These numbers serve to show that despite many prospective business owners choosing to explore non-franchised opportunities within the Retail Products and Services industry, it is advisable to keep an open mind and consider other industries with stronger rates as well, such as the ones mentioned above.

At the same time, some industries also have a wider gap between businesses within them that are thriving in comparison to those that are not. What this means in essence, is that occasionally taking more risk may lead to a higher chance of reward. Some examples of this are the Wholesale and Construction industries respectively, which have one of the highest Paid In Full Rates as well as one of the highest Charged Off Rates. On the other hand, industries with lower Paid In Full rates such as the Real Estate and Children Programs industries, also subsequently had lower Charged Off rates.

When prospective business owners are exploring what the best non-franchise business would be for them to invest in, it is also important to understand the industry a non-franchised business is in. Reviewing that particular industry’s SBA 7(a) loans is just one of many different steps to consider taking when analyzing the success of non-franchised industries.

From 2010 to 2019, SBA non-franchise loans in the Utilities industry had the highest Paid In Full to Charged Off ratio, where for every 23 loans that were Paid In Full, one of them was Charged Off. Similarly, the Healthcare Services industry which encompasses urgent care centers, or at-home hospice services also had a relatively high ratio where for every 16 healthcare service loans that were paid off in full, one eventually was Charged Off.

When prospective business owners are studying the best industries to invest in, beyond looking at separate numbers and loan statuses in general, it is important to understand how the industry functions as a whole. That said, the Paid In Full to Charged Off ratio allows for an extensive insight into how industries and their SBA loans in general are doing that are helpful in guiding the investor on the best businesses to consider investing in.

Of these non-franchise businesses, approximately 47% had an Exempt loan status. Therefore, most of these businesses were not able to disclose whether they had Paid In Full, Cancelled, or Charged Off. Although additional information on what a loan’s Exempt status encompasses can be found on a separate page, this nevertheless limits an accurate analysis of SBA non-franchise success overall.  Additionally, it is important to note that the tenure of a loan is normally of 7 years, which means that the data available on loans issued from 2010-2019 is partially limited, particularly due to this fact. Either way, this analysis provides an overview of these loan’s trajectories nevertheless.

Furthermore, some industries like Education Programs and Fitness Centers only had a few thousand businesses with loan approvals compared to most industries that had more than ten thousand in each of their sample sizes. Therefore, one or two businesses in smaller industries that had a Charged Off loan status would have a bigger impact on the Charged Off Rate. With these statistical evidences, we hope to further continue in our research and better consult all prospective business owners about non-franchises with keen SBA insights at their disposal. 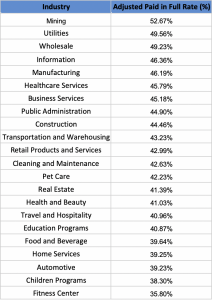 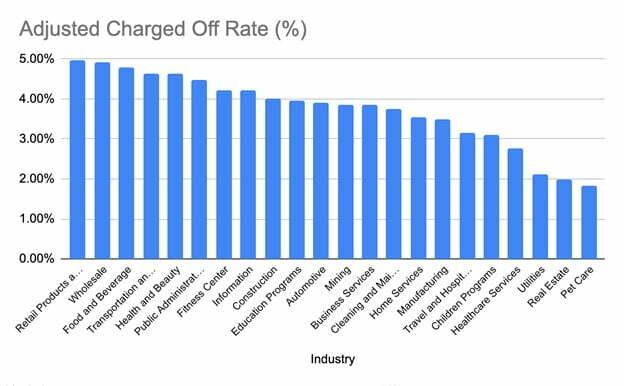 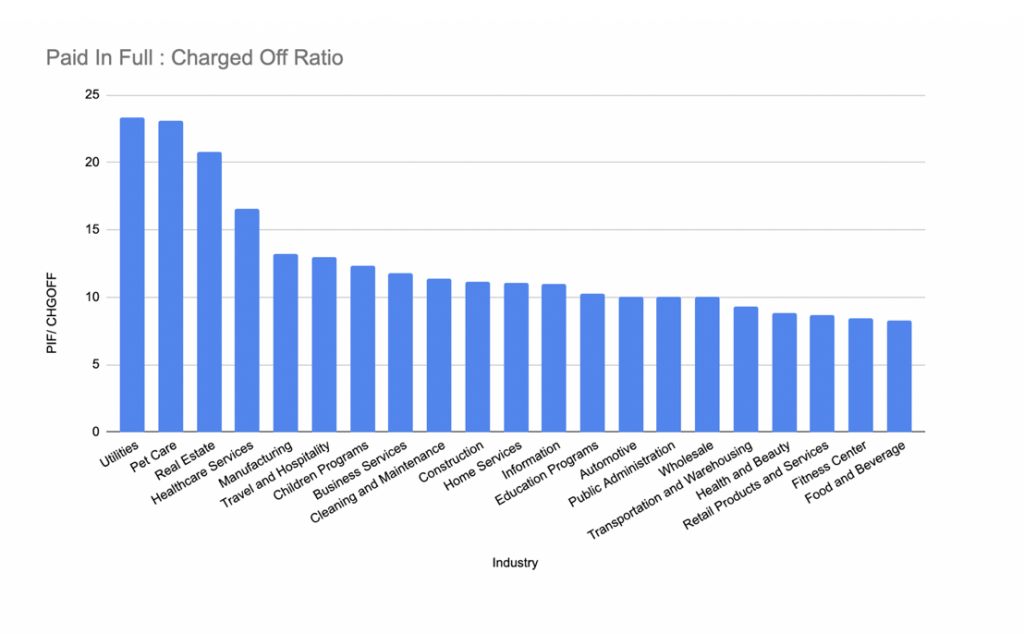 Looking for a Real Estate Franchise?