Vetted Biz is the leading platform for accessible and analytical data on franchises and businesses available in the U.S. Our research team has reviewed over 2,900 franchises and businesses and knows the key facts and data that signal a successful investment opportunity. In addition to our review of active investment options, our team at Vetted Biz has also conducted a significant analysis on the Small Business Administration (SBA) 7(a) loan program, where extensive review of the data made available by the SBA on loans issued to franchises and non-franchises over the past 30 years was carried out.

Being the only cabinet-level federal agency fully dedicated to supporting small businesses and entrepreneurs from counselling to capital, the SBA has allowed for a discerning insight into small business performance over the past 30 years, which can bring significant awareness of industry potential when looking for new investment opportunities to potentially venture in. The article below analyzes various recession curves for industries bouncing back from the recent Covid-19 induced economic crisis. By taking into account each industry’s SBA track record, this article will not only address each potential recession curve, but also determine where each of VettedBiz’s industries’ recovery process would likely fall under.

One of the most common ways economists often choose to present their predictions for recession recovery scenarios, is known as recession shapes or recession curves. Amongst the most common recession curves used to describe a recession’s recovery track, are the V-, U-, and L- curves, with the V-Curve showcasing the best-case scenario and the L-Curve the worst case scenario. Recently, an additional curve known as the “Nike Swoosh” has also emerged particularly to define economists’ predictions of how the economy would recover from this Covid-induced recession given the unusual circumstances from which it emerged. The sections below will address in detail the recovery process outlined in each of these recovery curves as well as provide additional information on what industries will likely follow that particular recovery track. It is important to note however, that similar to these recession shapes absence of classification systems, our predictions for these industry recovery tracks are purely speculative, and based solely on their recovery performance during prior recessions as well as general profile and how it was likely affected by this atypical recession.

The V-Curve represents a recession’s best-case scenario, where the economy incurs a hard crash that is immediately followed by a sharp recovery, leaving no space for a stagnant performance in between (similar to the shape of a V). When applying this potential scenario to the current recession, although economists do not think this is likely, this recovery curve would include the virus having cleared up in Europe in the Americas by the end of Q3 which would consequently allow for social distancing rules to be relaxed and businesses to resume normal operations as before.

In terms of the industries that would best exemplify this recovery curve, Cleaning and Maintenance and Business Services are the two industries we believe will most likely represent a V-Curve recovery process from this recent Covid-induced recession. With businesses rushing to get their finances in order so as to become eligible for government assistance, there is no question business services businesses will likely suffer few consequences throughout this recession and recover quickly from any impacts that might affect them. Similarly, with government guidelines mandating that businesses opening back up follow strict cleaning protocols – businesses within the cleaning and maintenance industry will likely suffer minor effects as lockdown restrictions are lifted and they are able to resume regular activities. 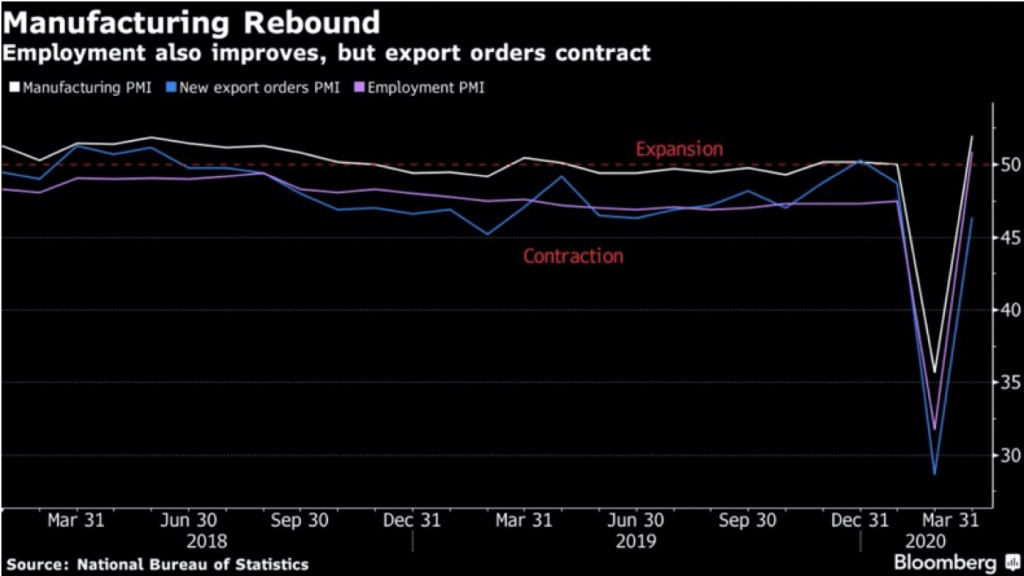 For skeptical economists who argued the V-Curve recovery process was too unfeasible or unrealistic given current circumstances, the recovery curve defined as the “Nike Swoosh” was the second best-case scenario to be considered. Here, although there is still no space left for a stagnant performance in between, the economy’s recovery happens at a slower rate where instead of forming a “V” shape, they end up drawing a “tick” symbol or “Nike swoosh”.

For the industries that would best exemplify this recovery track, our team at Vetted Biz has concluded that the Automotive and Travel and Hospitality industries are strong candidates for a Nike Swoosh recovery process. As we explored in a prior analysis, both the Travel and Hospitality and Automotive industries were ranked amongst the highest paid-in-full rates for all loans issued to franchises from 2010 to 2019. Although we highly expect these numbers to suffer drastic changes given recent travel restrictions and a fall in economic output, recent data has shown numbers are slowly beginning to recover – consequently proving that although their recovery tracks might be slower than the one incurred by the Cleaning and Maintenance industry for example, it is expected to happen nevertheless, particularly when taking into consideration their strong SBA track record. 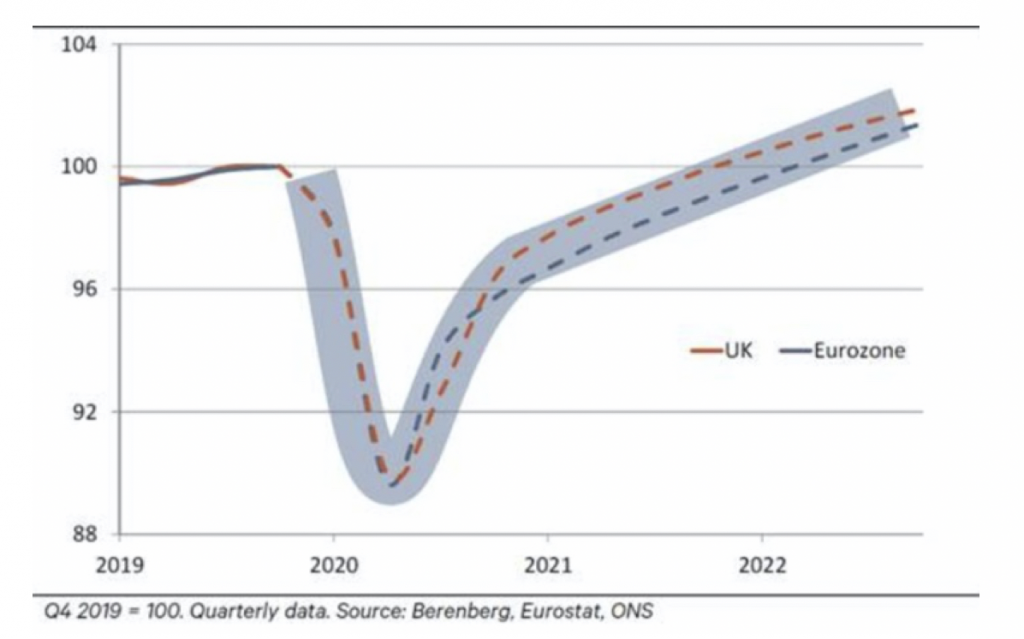 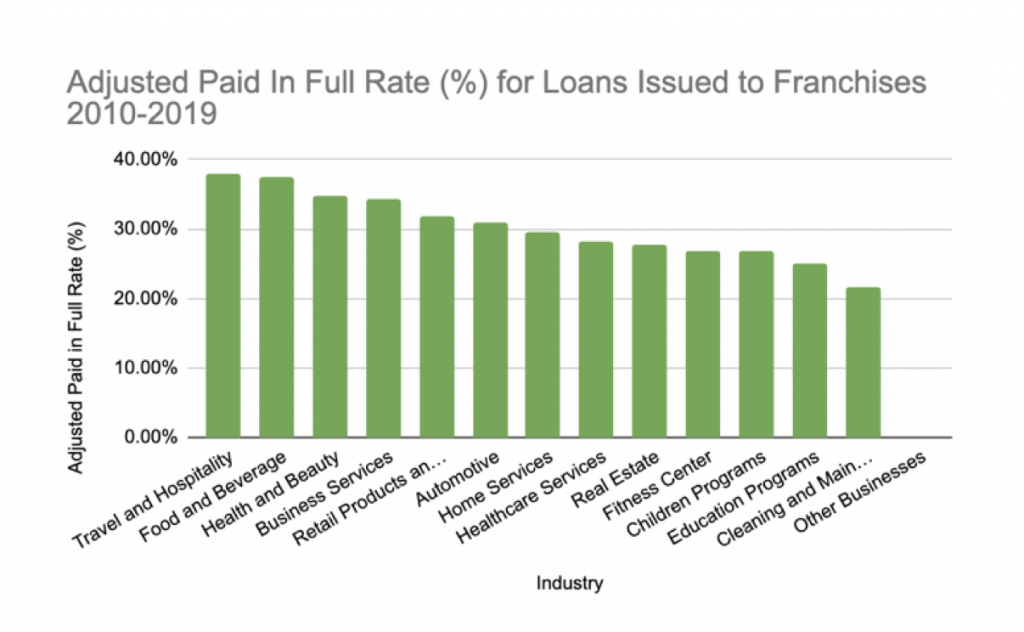 Similarly, the U-Curve recession process represents another, “medium” case scenario, where the virus would linger throughout all of Q3 and social distancing rules take time to be loosened. In this scenario, there is indeed a release of pent up demand driven in part by the stimulus of governments and central banks, although consumers do not necessarily rush back to shops or restaurants.

Amongst the industries that will most likely follow this recovery track, the Food and Beverage and Children Programs industries will likely be good exemplifications. In the case of the Food and Beverage industry, although their loans suffered the highest Charged Off rates during the Great Recession, by late 2009 they were already back to their initial rates, consequently showing they have a strong ability to incur a reasonable recovery. Similarly, Children Programs followed the same track throughout the Great Recession, where by late 2009 their Charged Off loan rates were the same as how they had been in January 2008. When coupling these numbers to the eventual resumption of normal activities related to lockdown restrictions being lifted, there is no reason to believe that businesses within both industries will not incur eventual recoveries. 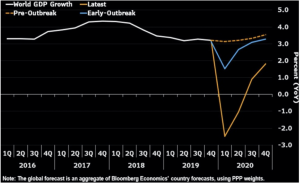 Finally, the recovery process that is considered the worst-case scenario by economists is marked by an “L-Curve”, where economic output would plummet to the floor and stay there for a long-term period of time forming the shape of the letter “L”.

For this scenario, the businesses we believe will likely incur these long-term consequences fall under the Retail Products and Services and Large Fitness Center industries. When looking at these industries’ past SBA track record, we found that both the Retail Products and Services and Fitness Centers industries still hadn’t fully recovered from the Great Recession by the end of 2009, a fact that contrasts with the majority of industries studied, and which indicates a slower recovery potential from recessions such as the Great Recession or the one we currently find ourselves in.

This profile stems mainly from the fact that Retail Products and Services and Fitness Centers offer services deemed by the majority of the population as “dispensable”, which means they are likely the first costs to be cut and last ones to be added back to the general population’s budget. For the case of Large Fitness Centers, the pandemic brings an even bigger issue than the recession in general – particularly given the potential for contamination that arises within gyms. What this means, is that until a vaccine comes out or the virus is fully contained, Large Fitness Centers will likely be seen as a place to avoid or visit with caution by the majority of the population. 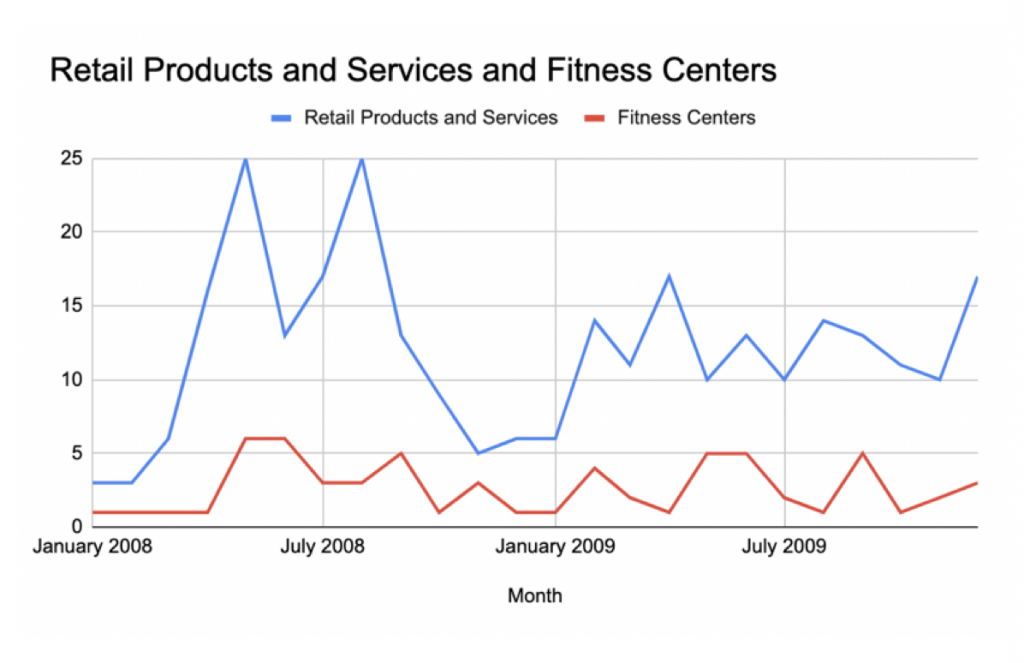 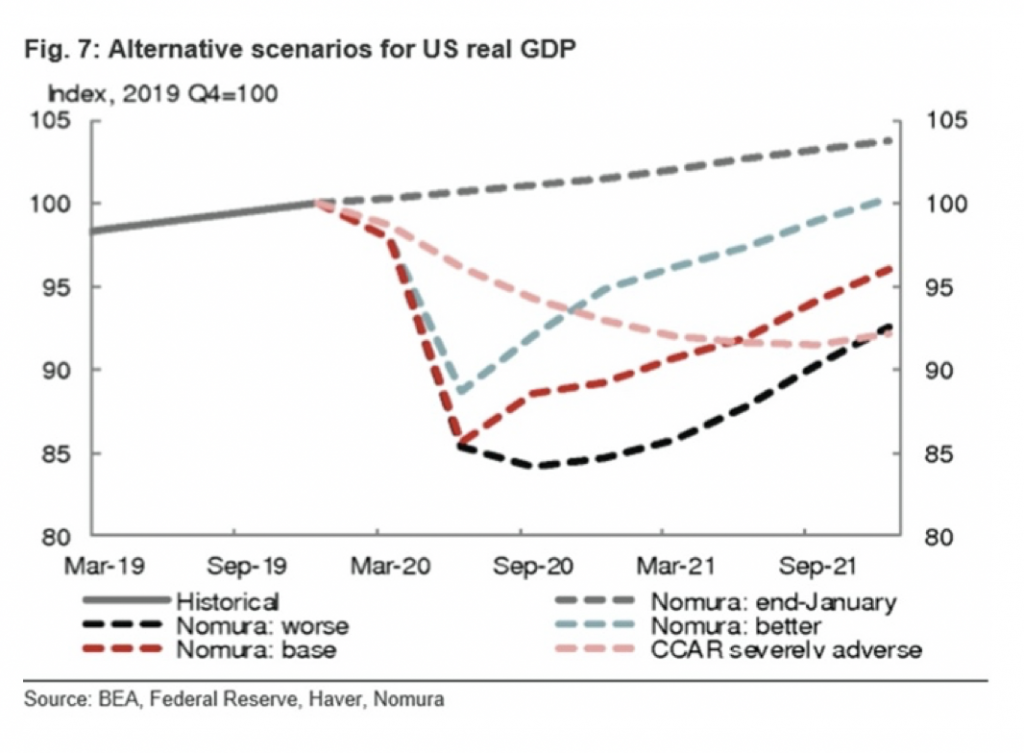 As lockdown restrictions begin to be lifted, and we find ourselves entering the time frame predicted for a “second wave” of Covid19 to begin across a number of countries, there is no denying that these industries’ resilience will likely be tested once again. By analyzing their past performance throughout the Great Recession and matching it with the likely scenarios that will arise within each of their markets as lockdown restrictions are lifted and people attempt to resume their “new normal” lives, Vetted Biz has attempted to provide you with additional tools to be taken into consideration when determining what industry to invest in. As mentioned in previous studies, understanding an industry’s SBA track record is a useful activity in order to determine your business’ likelihood for success. When then analyzing what the current market for each of these industries’ looks like, particularly in regards to their Covid-resilience and overall economic performance, you will likely be able make an informed decision of what business to invest in and what is its likelihood for success as the world begins to tentatively recover from the Covid-19 and the current recession that has incurred as a consequence to it.