Vetted Biz has reviewed and analyzed the SBA 7(a) loan approvals from the fiscal years  2010-2019. The records were obtained through SBA’s official website.

SBA Analysis of All Businesses

Of the 567,734 businesses approved for a 7(a) loan, over 50,466 of these businesses were franchiseBusinesses owned and operated by separate entities or investors through contracts with the parent company… concepts representing roughly 8.8% of approved loans, while the remaining 517,000 loans, were those issued to non-franchised businesses. There were 1,779 total NAICS classifications for all businesses and many of the NAICS categories did not accurately reflect the nature of each business. Also, many of the businesses these loans were previously issued to had different NAICS classifications for each individual loan. Therefore, the Vetted Biz analytics team recategorized these businesses by 14 industries that more accurately reflect the business nature of the concept. Listed below you can find how many loans were approved for each industry. 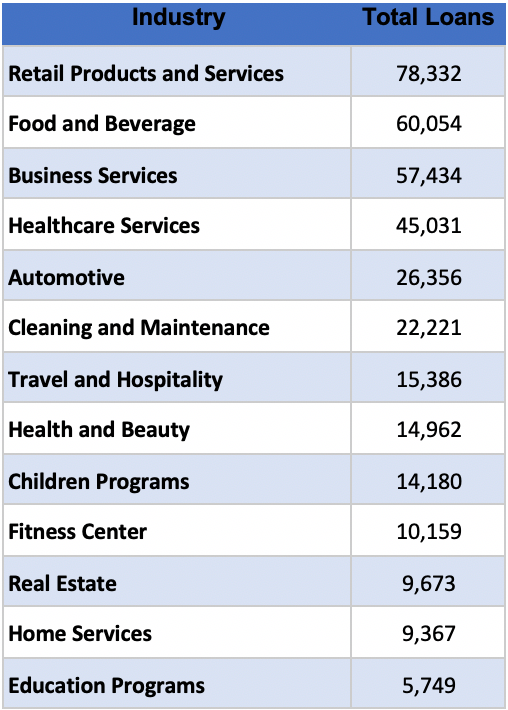 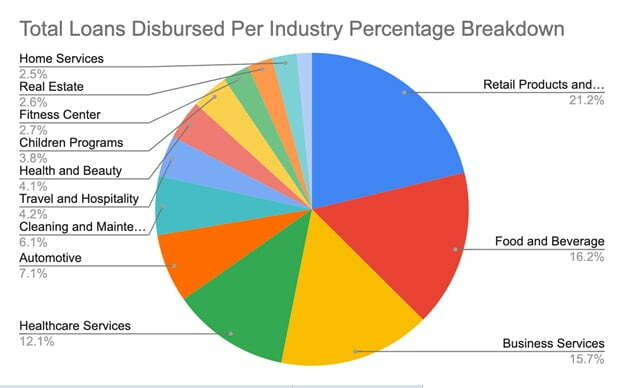 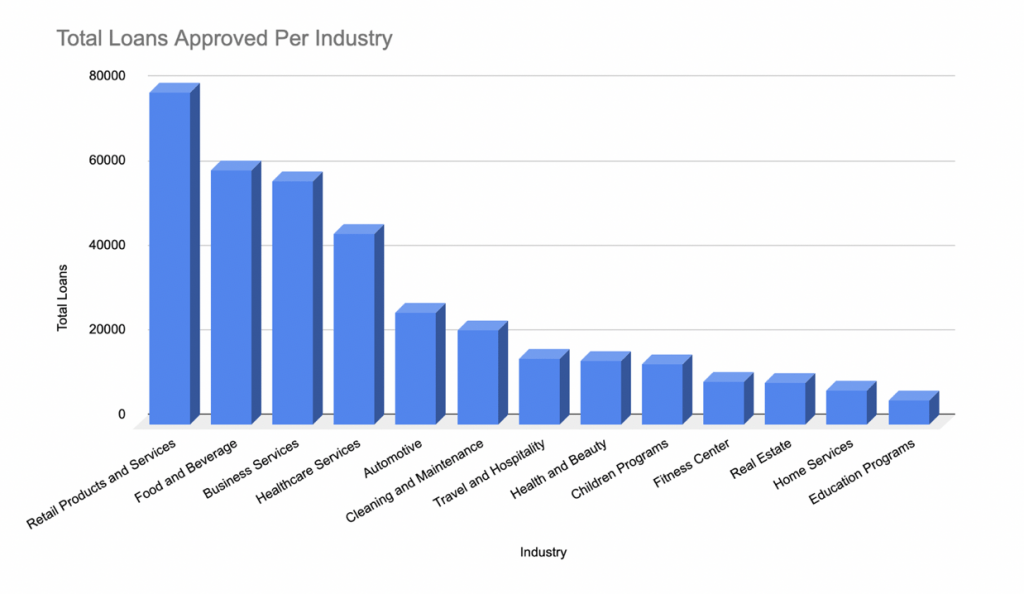 Further analysis was conducted by business industry based on the loan status. The following loan status categories are listed below. Please note the most important loan statuses to understand in this analysis are ‘Paid In Full’ and ‘Charged Off’.

Vetted Biz reviewed the 567,734 businesses that were approved for the SBA 7(a) loan from 2010-2019. Of the businesses that were not exempt, most businesses had a Paid In Full loan status, while only 3.93% of businesses were Charged Off. This breakdown demonstrates the overall strength of these small business operations despite recent economic downturns.

Vetted Biz reclassified the 500+ NAICS industries into 14 industries for the franchises studied. Within each industry, we studied the rate of the two most important loan statuses, Paid in Full and Charged Off RateAlso can be referred to as the SBA Loan Default Rate, the charged off rate is how many franchises in an industry that were unable to pay their loan in full, defaulted their loan, and there is no confidence that they will be able to pay back the loan….. Below you can find the adjusted results of both for each industry with a further breakdown of how many businesses in those industries had that loan status. Adjusted results exclude loans that were “Committed” or “Cancelled” due to the fact that these loans ended before they were ever disbursed by the lender.

At the same time, some industries have a wider gap between businesses that are doing well and those that are not. In other words, taking more risk can lead to more reward. For
example, the Retail Products and Services industry has one of the highest Paid In Full rates, but it also has a high Charged Off rate. On the other hand, industries that have lower Paid In Full rates such as the Real Estate and Travel and Hospitality industries, also have lower Charged Off rates.

When prospective small business owners are exploring what is the best business for them to invest in, it is also important to understand the industry a business is in. Reviewing the SBA 7(a) loans is just one of many different factors to consider when analyzing the success of small business industries. 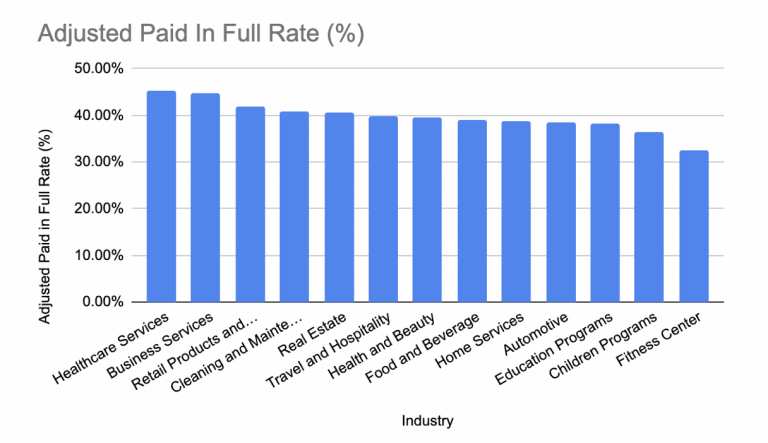 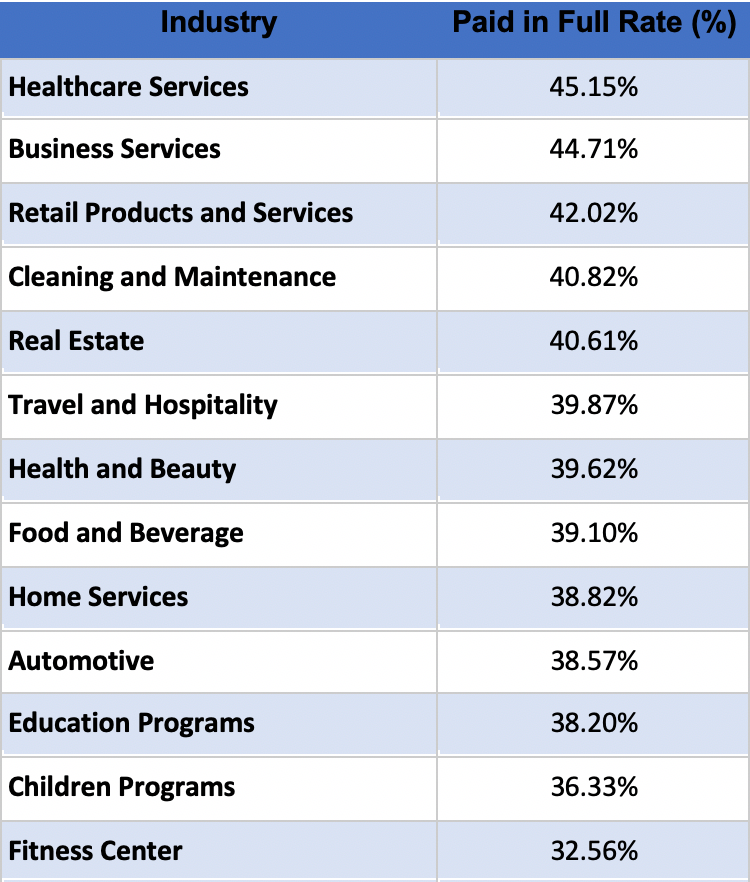 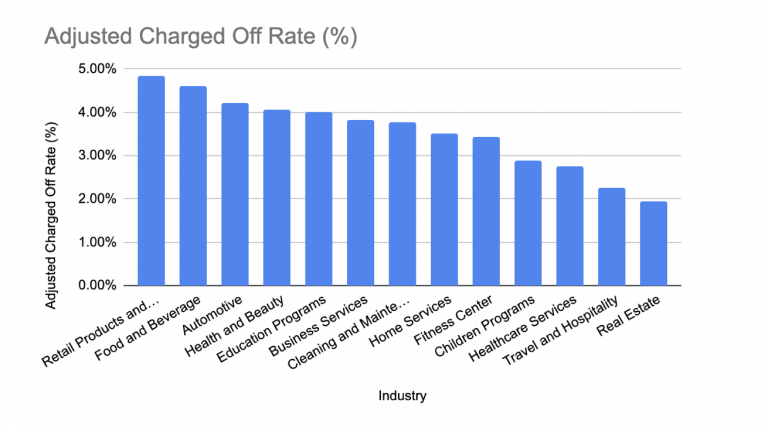 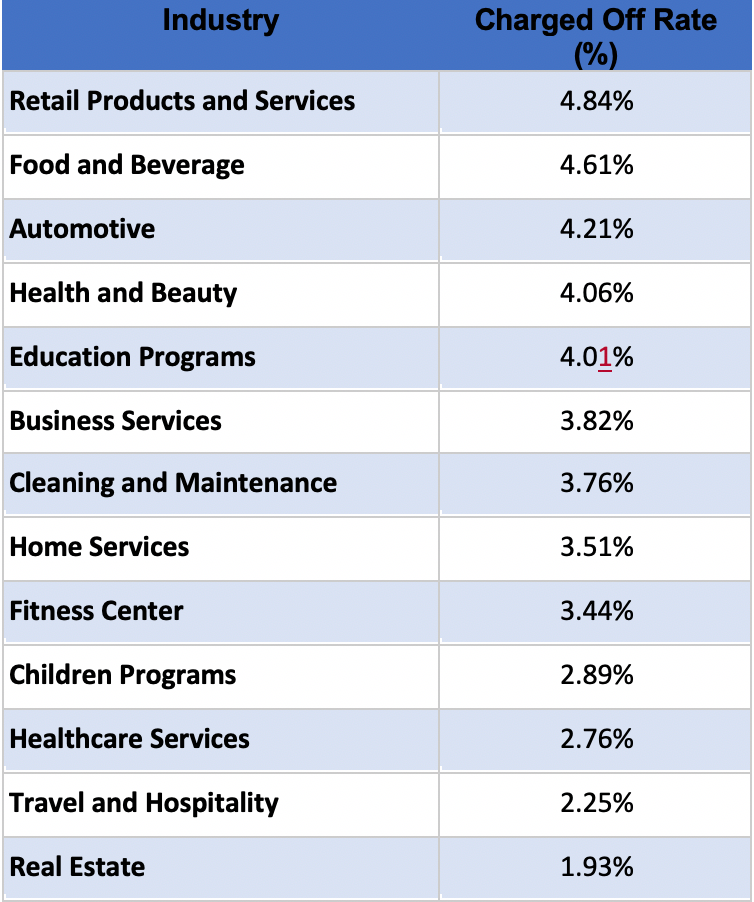 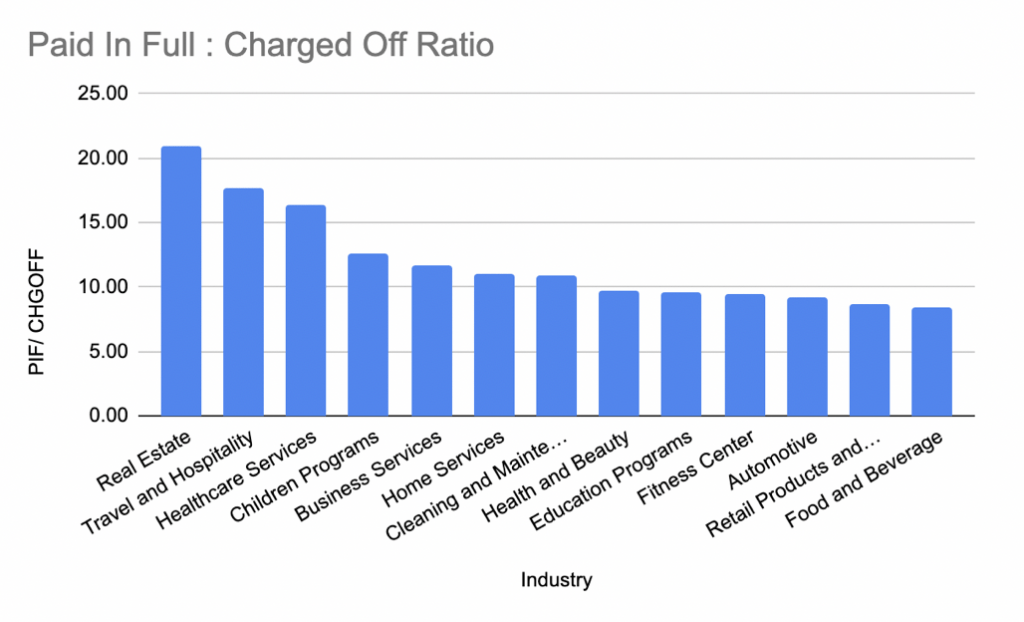 Paid in Full to Charged Off Ratios

When prospective business owners are studying the best
industries to invest in, beyond looking at separate numbers and loan statuses
in general, it is important to understand how the industry functions as a
whole. That said, the Paid In Full to Charged Off ratio allows for an extensive
insight into how industries and their SBA loans in general are doing that are
helpful in guiding the investor on the best businesses to consider investing
in.

Investing in Franchised vs. Non-Franchised Concepts

A further factor to consider when investing in a small business that is SBA eligible is whether the business is a franchise concept or not.  A recent study carried out by Vetted Biz found that businesses Paid In Full to Charged Off ratios varied considerably according to whether a business was structured as a franchise or a non-franchise. An example of this discrepancy can be found with the Fitness Center industries category, where for every 8 and a half non-franchised fitness centers loans that were paid off in full, one woud Charge Off.  This ratio increased to 13:1 when the fitness center concept was structured as a franchise. This shows that when interested in investing in a specific industry, it is important to consider the chances of success and how they vary according to how the business is structured.

At the same time, it is also important to consider industries where this number does not vary greatly regardless of the structure of the concept. That is the case for the Travel and Hospitality industry where the Paid In Full to Charged Off ratios remained amongst the top 3, out of all of the industry categories, for both franchised and non-franchised concepts.

Further details on how franchised and non-franchised concepts performed within each industry can be found published on Vetted Biz where an in-depth analysis on either business structure and their industry performance has been conducted.

Of these small businesses, 46% had an Exempt loan status. Therefore, most of these businesses were not able to disclose whether they had Paid In Full, Cancelled, or Charged Off. Although additional information on what a loan’s exempt status encompasses can be found on a separate page, this nevertheless limits an accurate analysis of SBA business success overall.