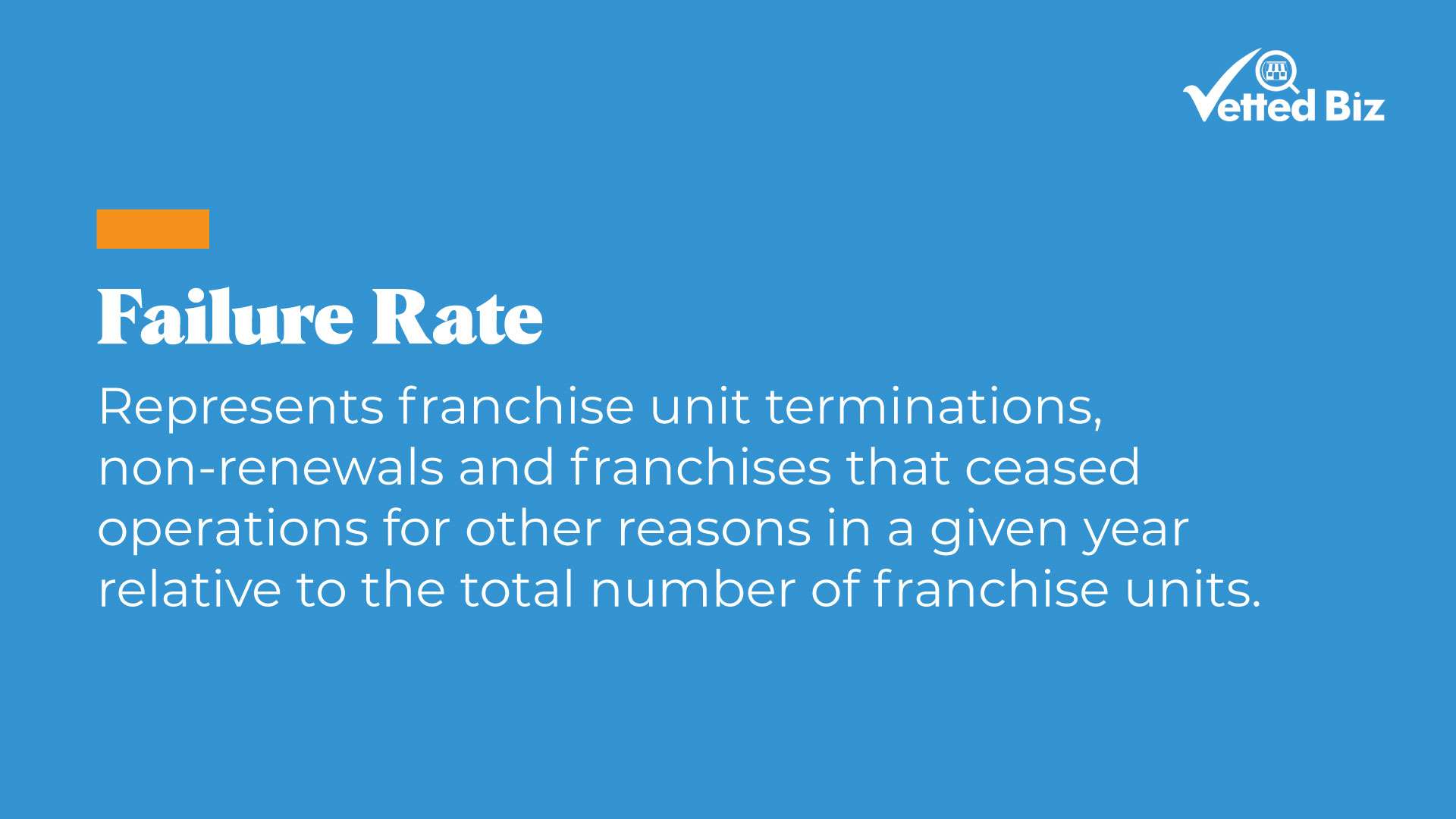 Franchise non-renewals, on the other hand, occur at the end of the franchise term  and can occur for any number of reasons. The Franchisee might no longer see the value in the brand and prefer to run the location as an independent business.

The last metric of franchise failures is the number of franchises that ceased operations for other reasons. This is the broadest of the three categories, and a point of concern because it could be an indicator of franchise bankruptcy.

The failure rate is calculated by considering all franchise failures in a given year divided by the total number of franchises.