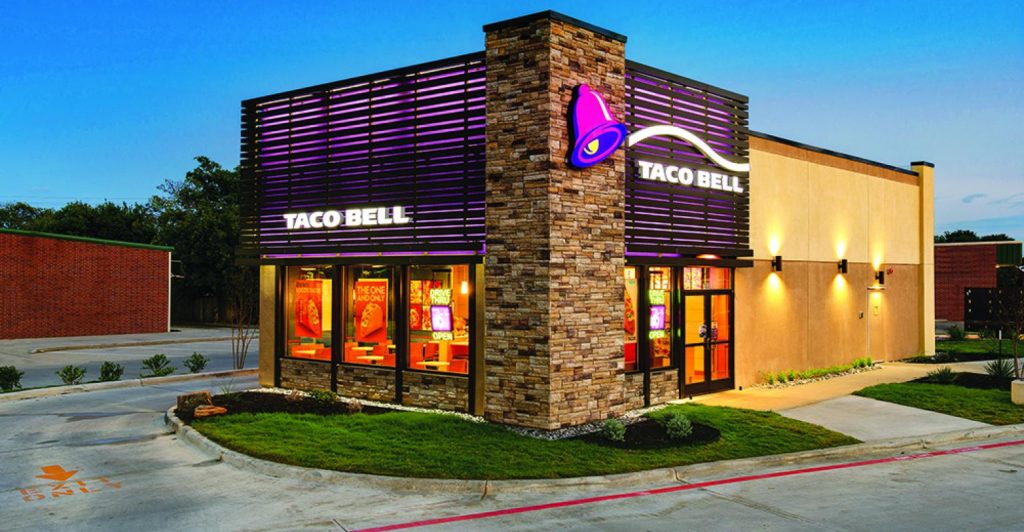 Vetted Biz is the leading platform for accessible and analytical data on franchises and businesses available in the U.S. Our research team has reviewed over 1,500 franchises and knows the key facts and data that signal a successful franchiseA franchise is when a business (franchisor) allows a party (franchisee) to acquire its know-how, procedures, processes, trademarks, intellectual property, use of its business model, brand and rights to sell its products and services. The franchisee signs a contract (franchise agreement) with the franchisor to acquire the franchise and generally has a territory granted to operate.... system. Upon extensive review using a number of internet research tools, our team was able to compile a short list of the “Top 20 Most Popular Franchises in the United States.” In the article below, we review the business model proposed by one of these 20 franchises: Taco Bell, as well as the requirements that encompass its franchise application process.

Taco Bell opened its first store in Downey, California in 1962 after its founder, Glen Bell, sold his former Taco store to his existing business partners. After having seen the success a business could make in selling tacos as the pilot dish in their menu, Bell decided to seek a larger challenge and instead developed the business model in place across all stores to this day that involves serving a variety of Mexican and Tex-Mex foods such as tacos, burritos and nachos.

Franchising began two years after Bell opened his first Taco Bell store, when Kermit Becky – a retired L.A. policeman – opened his own Taco Bell in Torrance, CA.  Today, Taco Bell is now a subsidiary of Yum! Brands and has over 6,000 franchised stores in the US and another 500 in international markets. Taco Bell is currently headquartered in Irvine, California and is run by its CEO Mark King who previously served as the president of Adidas North America and CEO of TaylorMade.

How much does a Taco Bell Franchise Cost?

The first factor to consider when interested in investing in a Taco Bell franchise are the financial requirements accompanying this investment opportunity. The total investment amount to establish a Taco Bell franchise ranges from $525,524 to $2,956,765 including the company’s franchise fee that ranges from $25,000 to $45,000 and excluding any land or lease costs. Once the store has been built and operations begin, franchisees are then expected to pay the parent company a royalty fee of 5.5% on gross salesThe total amount in dollars made in the business before expenses are deducted. See also Gross Revenue...., and a marketing fee of 4.25% on gross sales in exchange for the marketing services provided by the franchisor. The franchisor is particularly looking for experienced candidates who have enough capital to support a multi-unit franchise development. That said, the minimum net worthValue of all the non-financial and financial assets of a business buyer. There is usually a minimum net worth requirement to qualify as a franchisee and for bank financing.... required to own a Taco Bell franchise is $1,500,000 and the applicant must have liquid assets totaling at least $750,000.

When evaluating a Taco Bell franchise’s potential for growth one does not need to go beyond Quick Service Restaurant numbers to better understand the prospect for success of the opportunity at hand. The fast-food industry generated $200 billion in revenues in 2015 and the industry has since been expected to have an annual growth of 2.5% for the following subsequent years. Of these $200 billion in revenues, Mexican restaurants were responsible for 7% of the market share and Taco Bell itself was ranked number 4 in QSR Magazine’s top 50 of 2019 losing only to McDonald’s, Subway and Starbucks. Looking at the franchise’s internal performance, although limited data was made available on the financial status of the company’s franchisees, it was found that only 32 franchises ceased operations in 2018 – an insignificant value when contrasted with the total amount of franchises under Taco Bell’s franchise system. Moving forward, Taco Bell is looking to establish new units across the country and particularly in urban areas such as Chicago and San Francisco where their target audience is more concentrated around.

Investing in a Taco Bell franchise is an interesting opportunity, especially for individuals looking to make their way into the QSR industry.  The prospects for growth and success within the industry and the Taco Bell brand itself, are extensive and a number of markets continue to be available as Taco Bell stores haven’t saturated their presence across the country yet. If you are an individual with previous business management experience and are willing to invest an amount ranging from $525,524 to $2,956,765 or more, Taco Bell is the right franchise for you!